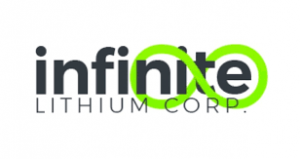 INFINITE LITHIUM CORP. (TSX-V:ILI) (OTCQB:ARXRF) (37NN–FRANKFURT) is pleased to announce further drill results from holes J-18-06 through 15 of the ongoing Phase 1 drilling program which began in December 2017. A third lithium-bearing pegmatite zone has been discovered (drill hole J-18-13: 3.02% Li2O from 232.65-237.65m) which will be targeted as part of the current drilling program.

Results from the Phase 1 drilling program are being used to guide future drilling and to complete a National Instrument 43-101 (“NI-43-101”) Technical Report and Mineral Resource Estimation.

The most recent ten drill holes (totalling 1,371 metres) are now available for reporting as follows:

*intervals do not represent true widths

A total of 15 drill holes, totalling approximately 2,052 metres, have been completed to date and all results are now reported. All but one drill hole (J-18-09) contained significant spodumene-bearing pegmatite intercepts. Locations of the drill holes are designed to support historic drilling results, assist in modelling the orientation of the pegmatites, and provide a more robust understanding of the Property’s potential. Drilling to date confirms the presence of the three pegmatite dykes, one near or at surface and relatively flat-lying (Dyke #1), the second striking approximately east-northeast and dripping shallowly to the northwest (Dyke #2), and a third pegmatite dyke (Dyke #3) below Dyke #2.

Mr. England, President of Infinite Lithium, commented “The current drilling program identified a third dyke below Dyke #2, with the initial intercept returning high-grade lithium results from what is near-pristine spodumene. This is our first time intersecting Dyke #3 and we will continue to target it in our current drilling program. The discovery of Dyke #3 is significant for us as we hope it will help us build future tonnage at Jackpot and potentially add to increasing the grade from what we have seen in the historical resource estimate. I am very pleased with our results to date and look forward to seeing more from this new discovery and our existing targets as we continue drilling. I look forward to also beginning our summer surface exploration program.”

The historic Jackpot lithium pegmatites were described by E.G. Pye (1965), in a government report published by the Ontario Department of Mines (Georgia Lake Area). In 1955, the LCT pegmatite dykes were tested by a total of 32 drill holes by the Ontario Lithium Company Limited and its associated company Conwest Exploration Company Limited. This historic drilling confirmed the presence of at least two distinct spodumene-bearing pegmatite bodies; one at and near the surface (Dyke #1) and the second (Dyke #2) lying beneath Dyke #1. Dyke #1 was found to be a flat-lying body variably exposed at surface and with thicknesses ranging from 6 to 9 metres.  Interpretation to date confirms that Dyke #2 strikes at approximately N65°E and dips 15°-25°NW as reported by Pye (1965).  Both the upper Dyke #1 and lower Dyke #2 pegmatites are open towards the east and west and down-dip (northward).

Reported historical mineral resources at Jackpot were calculated on the basis of Dyke #2 and reported as 2 million tonnes @ 1.09% Li2O (estimated in 1956 by the Ontario Lithium Company Limited*). Dyke #2 was intersected by drilling at 30 to 100 metre intervals over a strike length of 215 metres, and at 30 to 60 metre intervals over a distance of approximately 365 metres across strike. The Dyke #2 pegmatite is approximately 4 to 20 metres thick, averaging 11 metres. It should be noted that no evidence exists to suggest that assaying was ever carried out for any elements other than lithium.