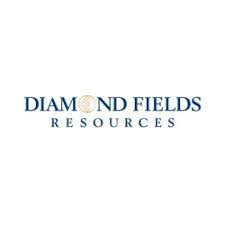 Diamond Fields Resources Inc. (TSX-V: DFR) is pleased to announce the results of the drilling program undertaken by TMH Acquisition Co. a special purpose vehicle established by Denham Mining Fund LP, on the Company’s Beravina Zircon Project in Madagascar pursuant to the cooperation agreement announced by DFR on 16 May 2019 and amended on 26 June 2020.

During the period September 2019 to March 2020, TMH completed an exploration drilling, sampling and assaying program on the Beravina Project. A total of 13 diamond core drill holes (906.16m) were completed before the program was curtailed due to the onset of the rainy season in Madagascar.

The drill program was designed to confirm geological and grade continuity of the current deposit and to test for potential strike and depth extensions to the mineralised system. The results are outlined in table 1. The following points are highlighted from the results:

Table 1:  Summary of the 2019 Beravina Drill Program conducted by TMH

Under the terms of the Amended Agreement with TMH, the Company will undertake further exploration work on the Beravina Project commencing with a high-resolution magnetic and photogrammetry drone survey, the development of digital elevation models and limited surface prospecting.

The magnetic drone survey is designed to identify the magnetite bearing marker horizon which forms an outer envelope to the Beravina zircon-quartz pegmatite deposit.

The purpose of the survey will be to define potential depth extensions to the current deposit and outline additional new deposits within the 625-hectare exploration license area.

If this further exploration work is successful, the Company will then engage in a drilling campaign on the Project to be completed by 30 November 2020 under the terms of the Amended Agreement with TMH.

Sybrand van der Spuy, CEO, said “The drilling results reinforce Beravina’s potential, confirming both the high-grade nature of the deposit and its potential for expansion. DFR will now be responsible for the next phase of exploration targeting potential extensions to the depth of the existing deposit as well as the identification of additional deposits which may exist within the Beravina license area.”

David J Reading, M.Sc., FIMM, a director of DFR and a Qualified Person as defined under Canadian National Instrument 43–101 – Standards of Disclosure for Mineral Projects (“NI 43–101”), has prepared or supervised the preparation of, or approved, as applicable, the technical information contained in this press release. Mr. Reading has over 40 years’ experience in the mining industry covering all stages of mine development, including exploration, feasibility, financing, construction and operations. He has an MSc in Economic Geology and is a Fellow of the Institute of Materials, Minerals and Mining and of the Society of Economic Geologists.

DFR is a TSX Venture Exchange listed exploration and mine development company with assets in Madagascar and Namibia. In Madagascar, DFR is developing the Beravina Project, an advanced high grade hard rock zircon exploration prospect located in the west of the country, approximately 220km east of the port of Maintirano and near a state road. DFR acquired Beravina from Pala Investments and Austral Resources in 2016. In Namibia, International Mining and Dredging Holdings (Pty) Limited is undertaking an initial six month (non-continuous) offshore diamond mining program on DFR’s ML 111 licence area. The ML 111 concession has a ten year mining licence, effective until 4 December 2025, and lies within Luderitz Bay between Diaz Point in the south and Marshall Rocks in the north and at depths of 15 to 70 metres. 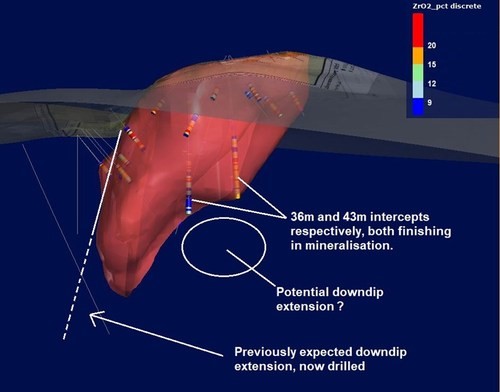 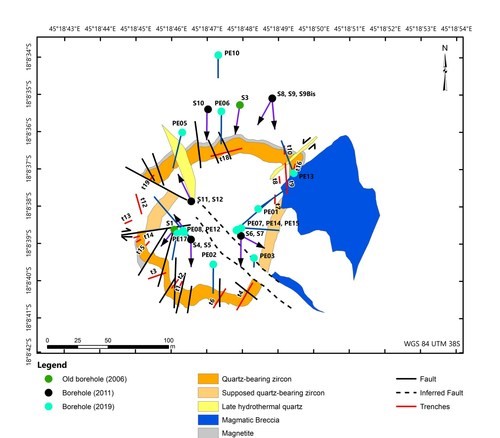