Inca One Gold Reports Record Processing for the Month of February

Inca One Gold Reports Record Processing for the Month of February 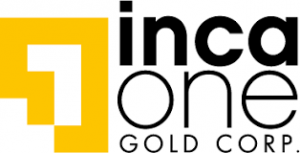 Inca One’s supply of gold bearing material for processing increased significantly.  Mineral received in February 2018 was 2,066 tonnes, an increase of 20% YOY (1,725 tonnes delivered in February 2017), and 78% when compared to the prior month of January 2018 (1,163 tonnes delivered).  This was directly related to the additional working capital raised in the Company’s private placement that closed in January.

Knowing the importance of continued investment into the Chala Plant and addressing cost savings where possible, the Company commenced implementation of several new capital improvements to maximize crushing and milling effectiveness and further improve gold recoveries and efficiency.

Inca One President and CEO, Edward Kelly stated, “We are extremely pleased to see the immediate impact from our financing produce record numbers in the month of February, a month that has historically been a slower period for our business.  The continued growth in all facets of our operations are a favorable outcome.  We anticipate steady improvement in our throughput and production in the coming months as we deploy additional working capital towards mineral purchases, keeping Inca One on pace towards company-wide profitability.”

Inca One is a Canadian-based mineral processing company.  The Company’s activities consist of the production of gold and silver from the processing of purchased minerals located in Peru. Peru is the 6th largest producer of gold in the world and the Peruvian government estimates the small-scale mining sector accounts for a significant portion of all Peruvian gold production, estimated to be valued approximately US$3 billion annually.  The Company purchases its minerals from government registered small-scale mining producers from various regions and processes it at its Chala One milling facility located in Chala, Southern Peru.