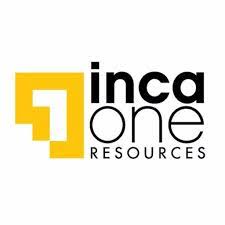 Material processed this August also increased on a YOY basis as processing reached 3,170 tonnes an increase of 56% YOY and an increase of 6% from the prior month of July 2018 (2,989 tonnes).  Throughput in August averaged just over 102 tonnes per day.

Having averaged at or near 100 TPD output over the prior six months at Chala One, attention now will focus on the integration of the Koricancha Plant with existing operations at Chala One, with a specific emphasis on improving Kori One’s cost efficiency and optimizing operating synergies between the two facilities.

Going forward the Company will provide monthly production numbers from both plants on a consolidated basis, commencing with the September results in early October.

Edward Kelly, President, and CEO said, “we are pleased to report Chala One’s production for August has again reached operating capacity.  Having now closed our acquisition of Kori One our focus will be to scale the production profile by effectively utilizing the working capital and the excess capacity available to Inca One to build a significant cash flowing business that will benefit our shareholders.”

Inca One is a Canadian-based mineral processing company.  The Company’s activities consist of the production of gold and silver from the processing of purchased minerals located in Peru.  Peru is the 6th largest producer of gold in the world and the Peruvian government estimates the small-scale mining sector accounts for a significant portion of all Peruvian gold production, estimated to be valued approximately US$3 billion annually. The Company purchases its minerals from government registered small-scale mining producers from various regions and processes it at its Chala One and Kori One milling facilities located in Arequipa, Southern Peru.