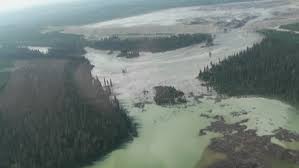 Imperial Metals Corporation (TSX:III) – Further to the Company’s press release of last Friday, the Company confirms that, while the Independent Panel has released its report on the cause of the Mount Polley mine tailings breach, investigations by the Conservation Officer Service, Environment Canada, and the Department of Fisheries and Oceans continue.

Further to an investigation into possible breaches of the Fisheries Act, RSC 1985, c. F-14, search warrants were executed by Conservation and Fisheries officers today at the Company’s head office and at the Mount Polley mine.

The Company understands warrants to be a normal means of investigation, and cooperated fully with the regulatory authorities.