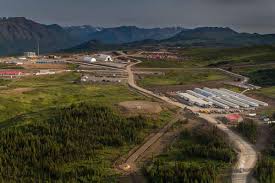 Imperial Metals Corporation (TSX:III) announces the closing of a non-brokered private placement of $115.0 million Face Value of 6% 6-year senior unsecured convertible debentures which is a $15.0 million increase from the $100.0 million Convertible Debenture Face Value offering previously announced on August 14, 2014. The Convertible Debentures provide additional financing to complete and commission the Red Chris mine, fund costs of remediating the effects of the tailings dam breach at the Mount Polley mine, and to fund ongoing operations.

As announced, Edco Capital Corporation and The Fairholme Partnership, LP have each purchased $40.0 million, or 34.8%, of the Convertible Debentures. Subject to adjustment, each $12.00 of Face Value is convertible into one common share of Imperial upon at least 61 days advance notice. The Convertible Debentures are not callable unless the closing price of Imperial’s common shares exceeds 125% of the conversion price for at least 30 consecutive days. Interest will be payable semi-annually, with the first payment due on June 30, 2015. At the option of the Company, subject to the separate approval of the TSX and compliance with all applicable securities laws, such interest may be paid through the issuance of additional Convertible Debentures or Imperial’s common shares.

Edco is owned by N. Murray Edwards, a significant shareholder of the Company. Fairholme and parties related to it are also significant shareholders of the Company. The issue of Convertible Debentures to Edco and Fairholme constitute “related party transactions” within the meaning of Multilateral Instrument 61-101 – Protection of Minority Security Holders in a Special Transaction (“MI 61-101”). The Convertible Debentures purchased by Edco and Fairholme are exempt from the formal valuation and minority approval requirements of MI 61-101 pursuant to section 5.5(a) and 5.7(1)(a) of MI 61-101, respectively, as they represent less than 25% of the Company’s market capitalization.