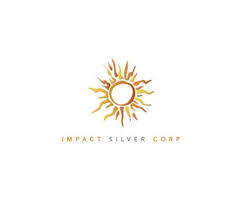 IMPACT Silver Corp. (TSX.V:IPT) is pleased to announce the discovery of a new zone in the San Ramon mine. The new San Ramon Deeps #2 Zone was discovered through an underground drill program testing the southern extension  of the vein system. High-grade silver results have been intersected 100m south of current mining levels of the San Ramon Mine in the Royal Mines of Zacualpan Silver District, central Mexico. The zone remains open for further extension vertically above for nearly 300 meters and to the south. Highlights from these new drill holes are as follows:

Other holes in this program (shown on the attached section) intersected lower grades or intersected outside the San Ramon Deeps #2 Zone. The San Ramon vein systems have proven to be remarkably consistent and well endowed. The up dip potential from these new intersections is strong and remains a compelling target for further drilling. Surface mapping and sampling is underway to guide further drilling from surface over the southern extension of the San Ramon veins. Historical sampling of the Inmaculada Vein on surface has returned values ranging from 202 to 455 ppm silver over a strike length of 180m south of the current mine workings.

The San Ramon Mine is located five kilometers southeast of IMPACT’s 535 tonne per day Guadalupe processing plant. Since IMPACT’s production started in 2005 the Company has produced over eight million ounces of silver in concentrates from the plant with feed from several mines  In total mining has occurred on 23 working levels over a vertical distance of 270 meters at San Ramon. The San Ramon Deeps Zone has been largely responsible for the higher silver grades reported by IMPACT’s Guadalupe mill and accounts for 40% of IMPACT’s current production. (A map and section of the San Ramon mine and drill holes is attached to this news release or can be viewed on the company website at www.IMPACTSilver.com) and direct linked here

Wojtek Jakubowski, P.Geo., a Qualified Person under the meaning of Canadian National Instrument 43‑101, approved the technical content of this news release.

IMPACT Silver Corp. is successful silver explorer-producer with two processing plants on adjacent districts within its 100% owned mineral concessions covering 357km2 in central Mexico with excellent infrastructure and labor force. Over the past twelve years over 8.1 Moz of Silver has been produced, generating revenues of $168 million, with no long-term debt. In the historic Royal Mines of Zacualpan Silver District three underground silver mines feed the central 535 TPD Guadalupe processing plant. To the south, in the Mamatla District the Capire processing plant is currently rated at 200 tpd, but is expandable. It is adjacent to an open pit silver mine with a NI-43-101 compliant resource of over 4.5 Moz Silver, 48 million lbs Zinc and 21 million lbs Lead that is awaiting higher silver prices to be restarted.