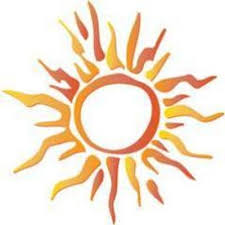 The Company reported revenues of $3.5 million, an increase of 13% from same period in 2018, with planned lower production offset by improved grades and silver price. Mine operating earnings before amortization and depletion improved 177% to positive earnings of $0.7 million compared to a loss of $0.9 million in the same period of 2018. Net loss was $0.2 million and strong mining operating earnings of $0.4 million.

Fred Davidson, President & CEO of IMPACT stated, “All credits to our mining team this quarter in turning mining operations from negative to positive earnings. Coinciding the execution of operational excellence, improved silver prices within the quarter boosted margins. We also welcomed new investors into IMPACT with our recent $4.95 million financing, taking advantage of the resurging silver interest over summer. As the purest silver producer with over 95% revenues coming from silver sales quarter after quarter and reporting no equivalents, IMPACT will continue to be a great leveraged investment choice for those who believe in higher silver prices. This capital will help IMPACT advance exploration, corporate development work, and production improvements.

As a testament to cost reduction efforts and strategy implemented from September 2018, operating expenses in Q3 2019 dropped to just $2.8 million from $4.0 million, a sharp 30% decrease despite only a 5% drop in silver ounces sold. The decrease in land package size while keeping the high potential areas also helps minimize property concession taxes. As large landholders in this prolific silver district, IMPACT is continually in discussions for potential joint ventures and property transactions.

IMPACT is well positioned as silver prices and precious metals continues to trend higher. We aim to continue to mine profitable ounces and manage our production costs while selectively exploring for high potential targets based on the high success rate of our past exploration efforts. With higher precious metal prices due to geopolitical turmoil and uncertainty in late 2019, the outlook for the Company has greatly improved.”

After a challenging start for silver in 2019, in Q3 there was a surge in silver prices over $19/oz for part of the quarter which helped with higher revenue per tonne to our current concentrate buyer, Samsung C&T, while cost controls continue.

The largest contributor to mill feed this quarter was the Guadalupe Mine adjacent to the plant. A successful refurbishment of the main mine shaft this quarter allowed for a much higher capacity and lower hauling costs. The Guadalupe Mine restarted production in September 2018 as part of the Company’s focus on cost reduction and head grade. Guadalupe produced 44% of Q3 2019 feed with average grades ranging from 165 to 205g/t silver.

Ongoing exploration during the quarter saw success at San Ramon. On September 11th, 2019, IMPACT announced drilling results of 2.14m of 418 g/t Silver and 1.58m of 1,393 g/t Silver. This round of underground drilling extends the mineralization 50m below the current San Ramon Mine workings. The zone remains open to depth and along strike for further extension.

At Guadalupe Mine, recent work discovered numerous exceptional native silver specimens between levels 15 and 30 in an area on the main Lipton vein named the Jewelry Shop. Photos can be accessed here http://www.impactsilver.com/s/Production_Guadalupe.asp

Additional exploration drilling is planned on a number of targets including San Ramon, Renovacion and Manto America.

Recent processing tests at Capire resulted in a positive preliminary Dense Media Separation (DMS) study at the Capire project and 200 tonnes per day (TPD) pilot mill. Announced on August 26, 2019, an initial DMS test on a crushed sample of lightly-diluted mineralization from the Capire deposit showed that 25% of the sample mass could be rejected to a coarse waste stream whilst retaining over 99% of silver, lead and zinc minerals, and over 97% of copper and gold in a DMS concentrate. A second test on a low-grade (below current cut-off, or waste grade) sample showed that over 42% of the mass could be rejected whilst retaining 93% of silver and lead minerals and 79% to 92% of copper, gold and zinc in a DMS concentrate. These results suggest that the addition of a DMS preconcentration plant to the Capire process flowsheet could unlock some significant operating cost improvements that would subsequently allow a lowering of cut off grade and access to otherwise uneconomic areas of the Capire deposit. With test production of over 30,000 tonnes in 2014 and a turn-key operation status, Capire represents a potential near-term production expansion decision should silver prices continue to trend upwards.

George Gorzynski, P.Eng., a Qualified Person under the meaning of Canadian National Instrument 43-101, approved the technical content regarding exploration work in this news release.

The information in this news release should be read in conjunction with the Company’s unaudited condensed consolidated interim financial statements and Management’s Discussion and Analysis, available on the Company website at www.impactsilver.com and on SEDAR at www.sedar.com. All amounts are stated in Canadian dollars unless otherwise specified.

IMPACT Silver Corp. is a successful silver-gold explorer-producer with two processing plants on adjacent districts within its 100% owned mineral concessions covering 211 km2 in central Mexico with excellent infrastructure and labor force. Over the past fourteen years IMPACT has produced over 9.9 million ounces of silver, generating revenues of over $178 million, with no long-term debt. At the Royal Mines of Zacualpan Silver District several underground silver mines feed the central Guadalupe processing plant. To the south, in the Mamatla District the Capire processing pilot plant is currently rated at 200 tpd but is expandable. It is adjacent to an open pit silver mine with a National Instrument 43-101 (“NI 43-101”) compliant resource of over 4.5 million oz silver, 48 million lbs zinc and 21 million lbs lead (see IMPACT news release dated January 18, 2016) that is awaiting higher silver prices to be restarted. Given the challenging markets the last few years, IMPACT has focused its exploration efforts on higher probability gold and silver targets, with potentially rapid timelines to production and proximity to the Guadalupe processing plant. Following a decade of exploration successes leading to production cash flows, IMPACT has shown the Zacualpan District to be endowed with many high grade epithermal silver-gold zones. With markets more receptive to early exploration results, IMPACT continues to add emphasis to exploration work to further realize value on this prolific land package.