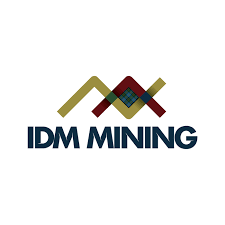 IDM Mining Ltd. (TSX-V:IDM) (OTCQB:IDMMF)  announces that it has closed the first tranche of its previously announced private placement raising gross proceeds of approximately $1,921,010 and has increased the size of the Offering to raise gross proceeds of up to $5.23 million.  Also, the Company is pleased to announced that it has appointed Maryse Bélanger and Jim Gowans as advisors to the Company.

“I am looking forward to working with the guidance and experience of Ms. Bélanger and Mr. Gowans, two highly respected executives in our industry with extensive experience in mine construction and development,” said Ryan Weymark, VP Project Development for IDM Mining.  “With the British Columbia Environmental Assessment process complete and the federal process nearing completion, the next steps in developing a high-grade, bulk-mineable underground operation at Red Mountain are to update the feasibility study and complete advanced engineering required for Mines Act permitting.”

The Company has closed the first tranche of its previously announced non-brokered private placement comprised of 1,643,000 flow-through shares and 30,099,999 non-flow-through units for gross proceeds of approximately $1,921,010 and has increased the size of the Offering to raise gross proceeds of up to $5.23 million.  This upsize is to potentially accommodate an investment by an engineering service provider.

Following closing of the first tranche, existing shareholder Ruffer LLP, on behalf of its clients, will have increased its holdings from approximately 9% to 14% (12% on closing the full amount of the Offering), in each case, on an undiluted basis.

Each Common Unit consists of one common share of the Company and one-half of one non-transferable common share purchase warrant, with each whole warrant entitling the holder thereof to acquire one Common Share at a price of $0.085 per Common Share for a period of twenty-four months following closing of the Offering.

In respect of this first tranche of the Offering, finder’s fees payable consist of a cash payment of $3,060 and 51,000 non-transferrable finders’ warrants.  Each Finders’ Warrant entitles the holder to purchase one common share at a price of $0.085 for period of twelve months following closing of the Offering.

The securities issued in the first tranche of the Offering are subject to a four-month hold period that will expire on February 23, 2019.

The net proceeds of the Offering will be applied to exploration, completion of an updated feasibility study and development activities on the Company’s Red Mountain Gold Project (the “Project” or “Red Mountain”) located near Stewart, BC and for working capital purposes.

IDM Mining Ltd. is an exploration and development company based in Vancouver, BC, Canada focused on advancing the Red Mountain Gold Project towards production.  The 17,125 hectare Red Mountain Gold Project is located in northwestern BC, 15 km northeast of the mining town of Stewart.  In 2018, IDM announced a 20.7% increase in high-grade, near-surface measured and indicated resources at Red Mountain.  Located near a paved highway and grid power, IDM envisions bulk underground mining methods, with gold-silver doré produced on site. The Project has recently been granted its Provincial Environmental Assessment Certificate, with a Federal Environmental Assessment Decision expected by January 2019.