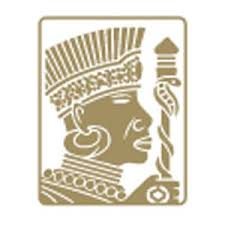 IAMGOLD Corporation today provided results from its 2018 drilling program at the Diakha deposit on its wholly owned Siribaya Project in Western Mali.  In 2018, the Company completed a combined diamond and Reverse Circulation drilling program designed to infill and increase confidence in the current resource as well as target expansions of the Diakha deposit to support an updated resource estimate.  Assay results are reported herein for 100 drill holes totaling 14,634 metres.

Assay intersections relating to this release are provided in Tables 1 and 2, and include the following highlights: (a drill hole plan map is attached to this news release.)

Craig MacDougall, Senior Vice President, Exploration for IAMGOLD, stated, “We continue to be very pleased with the results of our delineation drilling programs,  which confirm not only wide zones of mineralization and locally high grades from infill holes within the existing resource, but also well mineralized intervals beyond the original resource limits.  The deposit now extends for nearly 3 kilometres along strike, which we believe will positively impact an updated resource estimate due for completion by year end.”

The Siribaya project is wholly owned by IAMGOLD and consists of 8 contiguous exploration permits which cover a total area of 596.5 square kilometres, located in the Kédougou-Kéniéba inlier of the West African Craton region of western Mali along the borders with Senegal and Guinea.

Gold mineralization is hosted within highly prospective, Birimian-aged metasedimentary, volcanic and intrusive rocks proximal to the Senegal-Mali Shear Zone. At Diakha, the largest deposit discovered to date, gold mineralization occurs within an albitized sandstone unit similar to that hosting IAMGOLD’s Boto gold deposit located in Senegal approximately 10 kilometres to the north along strike and for which a feasibility study is nearing completion.

The drilling results will be used to refine the deposit model to support an updated resource estimate expected by year end. Upon completion of the resource estimate, further drilling is anticipated in 2019 to continue to better define and expand resources at the Diakha deposit as well as explore other identified priority targets.

The drilling results contained in this news release have been prepared in accordance with National Instrument 43-101 Standards of Disclosure for Mineral Projects (“NI 43-101”).

The sampling of, and assay data from, drill core and RC chips are monitored through the implementation of a quality assurance – quality control program designed to follow industry best practice. Rock chips from Reverse Circulation drilling are collected at the rig site, at one metre intervals, under the direct supervision of IAMGOLD geologists and field technicians. Samples are riffle split to obtain two 3 kg samples.  One sample is retained for reference purposes and the other sample is sent for assay.

Drill core (HQ and NQ size) samples were selected by the IAMGOLD geologists and sawn in half with a diamond saw at the project site. Half of the core was retained at the site for reference purposes.  Drill core sample intervals are generally one metre in length.

The samples were assayed at the SGS Minerals Analytical Laboratory in Bamako, Mali, using a standard fire assay with a 50-gram charge and an Atomic Absorption finish (FAA505). All samples returning values greater than 10 g/t Au were re-assayed using a gravimetric finish (FAG505).

The information in this news release was prepared under the supervision of, and reviewed and verified by, Craig MacDougall, P.Geo., Senior Vice President, Exploration for IAMGOLD. Mr. MacDougall is a Qualified Person as defined by National Instrument 43-101.