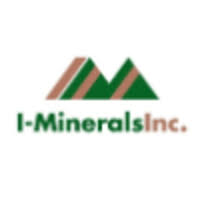 I-Minerals Inc. (TSX-V: IMA) (OTCQB: IMAHF)  is pleased to announce that it has received the results of the Pre-Feasibility Study for its Bovill halloysite and metakaolin project. The Bovill Project is strategically located within five miles of state highways with commercial distributions of electricity and natural gas already near the property boundary. The PFS was led by Millcreek Engineering , who were responsible for overall project management and the process plant and infrastructure design (including OPEX and CAPEX) and economic analyses. Other engineering and geological services were provided by Mine Development Associates (mine modelling; ore scheduling; mineral reserve estimation); SRK Consulting (U.S.) Inc. (mineral resource estimation); and, HDR Engineering Inc. (environmental review).

Highlights of the PFS include:

The PFS is based on the production of two minerals, halloysite and kaolinite. Two halloysite products are manufactured; ‘HalloPure’ which is about 70% halloysite and 30% kaolinite and premium quality ‘Ultra-HalloPure’ which contains greater than 90% halloysite with the balance kaolinite. The quality of Bovill halloysite is regarded as being exceptional and the research on halloysite applications has dramatically increased over the past 5 years involving polymers, filtration, extruded polystyrene insulation, green technology and life sciences. The kaolinite is flash-calcined to produce metakaolin, a Supplementary Cementitious Material (“SCM”) and highly reactive pozzolan, that when added to concrete increases strength and durability, reduces permeability, reduces the effect of alkali-silica reactivity and increases resistance to chloride ingress and sulfate attack. By using metakaolin the sustainability of the concrete is increased through longer service life and the carbon footprint is reduced by lowering the quantity of Portland cement. Sand is produced during the production process which meets the specifications of a number of appplications including arena sand and USGA-specified bunker and top-dressing sand. There is a potential upside from sale of sand which is not included in the project economics and accordingly the sand is not included in the reserves.

A conservative approach to the build-up of sales has been assumed with full production being achieved in the first quarter of the 5th year of operation, as some product applications will require development. There is potential for full production to be achieved earlier which would have a corresponding positive effect on the NPV, IRR and the project payback period.

“After a thorough review of mineral market opportunities, management elected to focus on the production of halloysite and metakaolin as the markets for these minerals are growing or have growth potential as opposed to entering competive markets where price is the primary differentiator,” stated John Theobald, President and CEO of I-Minerals Inc. “The initial CAPEX at $48.34 million, including a 15% contingency, is much lower than prior studies reducing financing challenges while the marketing and logicstics for two minerals creates a much more manageable enterprise. While we believe the PFS represents a conservative, but realistic view of the project’s potential we also see opportunities for improvement including a shortened ramp-up period and a contribution from sand sales. Additionally, we will have the plant capacity to increase sales beyond the modelled levels should metakaolin and halloysite markets grow beyond forecast levels. We have ambitions to be the premier metakaolin operation in the western USA and the largest producer of halloysite in the western hemisphere; the PFS is an important step in achieving these ambitions”.

The resource defined at the Bovill Project is a fine white clay-sand mixture, referred to as “primary clay,” that formed through the weathering of a border phase of the Idaho Batholith. During the weathering, the sodium feldspar in the intrusive breaks down to kaolinite +/- halloysite. The primary clay, which forms in place during weathering, provides a feedstock containing kaolinite, and halloysite as well as a quartz- k-spar sand product. The Measured and Indicated Mineral Resources are reported in Table 1. No mining cut-off grade is applied since all material within the pit design shows potential economic viability Three mineral products are

included in the resource: quartz and K-spar sand, kaolinite clay, and halloysite clay.

Table 1: Statement of Measured and Indicated Mineral Resources from the Kelly’s Hump and Middle Ridge areas, (as of February 25, 2020)

The mineral resource model considers 337 core holes totalling 37,512 feet. Drilling depth ranges from 20 to 260 ft., averaging 111 ft. All drill holes have a vertical orientation with hole spacing on approximate 100 or 200 ft. centers. Grade estimations were made using inverse distance squared for all the mineralized domains. Assays were composited to 10 ft. lengths. All estimations are based on a homogeneous block model with dimensions of 20 ft. X 20 ft. X 10 ft. block size based on current drill hole spacing and a potential open pit bench height. The block model is subdivided into four model areas based primarily on the geographic location.

Results of the Pre-Feasibility Study

The PFS individually tracks the production and sale of two halloysite products and a metakaolin product which yield a weighted-average price of $810 /ton of products sold. The pricing of the mineral products and associated markets is based on preliminary studies being undertaken by a European company specializing in halloysite research, and a US-based SCM expert on metakaolin.

The mineral reserves delineated from the primary clay represent the largest confirmed deposits of high-quality kaolin and halloysite in the western United States. Initial indicative economics were performed assuming a 25-year market for primary clay products and focusing on those areas of the Resources that contain greater concentrations of halloysite and kaolinite. Mineral Reserves are presented below in Table 2 and production highlights are tabulated in Table 3.

Table 2: Statement of Mineral Reserves, (as of February 25, 2020) All figures thousands of tons*

The reserves are under a shallow layer of overburden generally less than 20 feet thick. Pits are limited to depths of approximately 70 to 75 feet. Given the physical properties of the primary clay, no drilling or blasting is required. The process flow sheet includes wet screw classification and screen separation of the halloysite and kaolinite clay fraction from the quartz and K-spar sand fraction. The clay fraction is separated into kaolinite and halloysite using hydrocyclone, centrifuge, and proprietary flotation techniques to yield +90% purity halloysite products (the latest analytical results indicate a 96% purity halloysite product from the recent pilot plant).

Technical-economics indicate an NPV10% of US$48 million on a pre-tax basis and NPV10% of US$ 34 million on an after-tax basis, with a pre-tax IRR of 20% and an after tax IRR of 18%. Payback will occur during the 6th year from pre-development. Economic results are summarized in Table 4 below.

* Differences in totals and subtotals are due to rounding, and are not material to the results presented.

2 Total tons of primary clay mined sent to plant. Does not include tons of waste stripped

The NI 43-101 Technical Report is being completed by Millcreek Engineering, SRK Consulting (U.S.) Inc., Mine Development Associates in conformity with CIM’s “Estimation of Mineral Resource and Mineral Reserves Best Practices,” and will be reported in conformance with NI 43-101 regulations. The report will be filed on SEDAR (at www.sedar.com). All values presented in this press release are in US imperial units and Q4 2019 U.S. dollars.

All QPs have reviewed and approved the content of this release and are independent of the issuer applying all of the tests in Section 1.5 of NI 43-101.