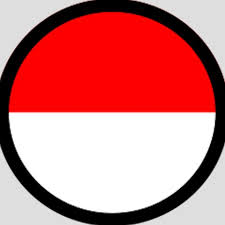 HUDSON RESOURCES INC. (TSX-V:HUD) (OTC:HUDRF) is pleased to announce that it has reached an agreement in principle with Cordiant Capital and Apex Asset Management AG to restructure the outstanding debt on the White Mountain Anorthosite mine and to provide an injection of working capital into Hudson Greenland A/S to ensure the stability of the mine going forward.  The details of a definitive agreement are currently being finalized and the terms will include the extension of the maturity of the Company’s debt with the Lenders.

This new finance plan demonstrates the Lenders’ commitment to Hudson, the Government of Greenland and Hudson’s shareholders, who will benefit from this new agreement. Under the terms of the plan, the Lenders will become partners going forward which will help the Company realize the true value of this unique anorthosite mine and its many green applications.  The Lenders will hold two of the four board seats on Hudson Greenland A/S, the Greenlandic operating company which holds the White Mountain exploitation license.  The other two seats will be held by Hudson Resources and Greenland Venture A/S, a Greenland government investment fund which owns eight million shares in Hudson Resources.

This new structure and capital injection will not dilute Hudson Resources shareholders, while allowing them to share in the upside of the White Mountain mine. The details of the final agreement are being negotiated with the Lenders and will be subject to approval of the TSX Venture Exchange.

Jim Cambon, President commented: “We are very pleased that we have come to an agreement in principle with our lenders to put a debt and working capital structure in place to ensure the stability of our White Mountain operation, while not diluting Hudson Resources shareholders.  Our anorthosite product has tremendous opportunities in several of our target applications and this new finance package will give us the time and funds to realize the value of this project”.

Hudson has commenced plans to move the mine from care and maintenance to full operations starting later this month.  There are still some travel restrictions due to the global pandemic and Hudson is working with the Greenland government to obtain permission for workers to travel to the site.

Hudson and its Lenders are working collaboratively and are committed to completing a transaction in order to restructure Hudson Greenland’s debt and provide working capital for the White Mountain mine; however, the agreement in principle does not contain a legal obligation on the part of either Hudson or the Lenders to consummate the debt restructuring transaction. There can be no assurance that the debt restructuring will be completed as described in this news release.