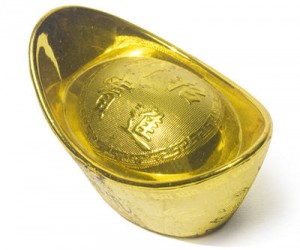 Highvista Gold Inc. (TSX VENTURE:HVV) is pleased to report that it closed a non-brokered private placement financing for gross proceeds of $963,000 through the issuance of 4,815,000 units of the Company to AuRico Gold Inc. at a price of $0.20 per Unit. Each Unit consists of one common share of the Company and one-half of one common share purchase warrant each whole Warrant entitling AuRico Gold to purchase one common share at an exercise price of $0.25 per share until June 28, 2015. The securities comprising the Units are subject to a statutory hold period that will expire on October 29, 2013.

“We are pleased to have AuRico Gold as a partner and investor,” stated Rick Adams, President and CEO of Highvista. “With their proven exploration and development expertise, strong corporate balance sheet, and close proximity to our Canasta Dorada Project, we believe this strategic partnership will be mutually beneficial going forward.”

The Company plans to use the net proceeds from the Private Placement to fund exploration of the Company’s properties, for administrative expenses and unallocated working capital.

In addition to the Private Placement, the Company also entered into an option and joint venture agreement with AuRico Gold over the El Chanate Extension comprising approximately 30 percent of the Company’s Canasta Dorada gold project. The Option and JV Agreement grants AuRico Gold the option to earn a 51% undivided interest in the El Chanate Extension currently owned by the Company’s Mexican subsidiary by incurring an aggregate of $3 million in exploration expenditures on the subject property over the next three years. AuRico Gold can earn a further 19% interest in the joint venture (bringing its aggregate interest to 70%) by funding the preparation of a feasibility study on the subject property. Further work programs of the joint venture will be funded by AuRico Gold and Highvista pro rata to their joint venture interest, subject to customary dilution provisions.

Highvista owns 100% of a Mexican subsidiary that controls the 24,055 hectare Canasta Dorada Gold Project. This project is located in the Sonoran Gold Belt immediately adjacent to AuRico Gold’s El Chanate Mine.

AuRico Gold is a leading Canadian gold producer with mines and projects in North America that have solid production growth and exploration potential. AuRico Gold is focused on its core operations including the Young-Davidson gold mine in northern Ontario and the El Chanate mine in Sonora State, Mexico and its project pipeline also includes advanced development opportunities in Canada and Mexico.