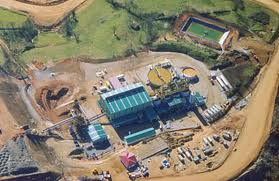 Highland Copper Company Inc. (TSX-V:HI) and Orvana Minerals Corp. (TSX:ORV) have entered into a definitive agreement whereby Highland will acquire all rights, title and interest in the Copperwood Project from Orvana through the acquisition of all of the outstanding shares of Orvana Resources US Corp. Copperwood is located in the Upper Peninsula of the State of Michigan (USA), approximately 30 kilometers southwest of the White Pine Project.

Among other things, closing of the Acquisition is conditional upon the completion of a financing to fund the Acquisition and receipt of all required regulatory approvals including the approval of the TSX Venture Exchange. Closing is expected by April 30, 2014. The Agreement has been approved by both companies’ Boards of Directors.

David Fennell, Executive Chairman of Highland, stated: “This transaction is part of a strategy that Highland has undertaken to consolidate an emerging copper district in the Upper Peninsula of Michigan. The acquisition of Copperwood in conjunction with our previously announced acquisition of the White Pine Project, and combined with our existing Keweenaw projects, establishes the foundation for an emerging intermediate copper producer. The synergistic combination of these three assets in a single portfolio will bring together a large-scale historical estimate of copper reserves and resources at White Pine and Copperwood, and additional potential copper resources from the Keweenaw projects.”

Michael Winship, President and Chief Executive Officer of Orvana, stated: “Orvana has been pleased to be part of the development of Copperwood over the last several years. We continue to believe that a good copper mine will be built here. Based on a strategic planning review in 2013, Orvana decided that a disposition would allow for greater organic growth at existing operations through concentrated exploration. In addition, Orvana’s balance sheet will be strengthened in this challenging market of metal price volatility.”

Summary of the Transaction

Orvana will use the proceeds received from the divestment of Copperwood to repay a $2.7 million loan from Orvana’s majority shareholder, invest in organic growth at its existing operations and working capital.

The technical information contained in this news release has been approved by Carlos Bertoni, P.Geo., a consultant to Highland. Mr. Bertoni is a qualified person as defined in NI 43-101.

On November 19, 2013, Highland announced that it entered into a binding letter agreement with Copper Range Company (“CRC”), a subsidiary of First Quantum Minerals Ltd., to acquire all of CRC’s rights, title and interest in the White Pine Project located in the Keweenaw Peninsula region of northern Michigan, U.S.A. Highland and CRC have amended the letter agreement and are now working towards executing a definitive asset purchase agreement and completing an interim closing by February 28, 2014, with a final closing to follow before December 31, 2015.

Highland is a Canadian exploration company focused on exploring and developing copper projects in the Upper Peninsula of Michigan, U.S.A. Highland had approximately $2.6 million in cash at December 31, 2013 and has 52,344,545 issued and outstanding common shares listed on the TSX Venture Exchange under the symbol ‘HI’.

Orvana Minerals is a multi-mine gold and copper producer. Orvana’s primary asset is the El Valle-Boinas/Carles gold-copper Mine in northern Spain. Orvana also owns and operates the Don Mario Upper Mineralized Zone copper-gold-silver mine in Bolivia.