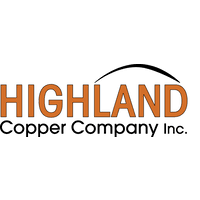 Highland Copper Company Inc. (TSX-V: HI) (OTCQB: HDRSF) is pleased to announce that it has entered today into a share purchase agreement with Sweetwater Royalties a privately held company owned by Orion Mine Finance, pursuant to which the Company has agreed to sell to Sweetwater its UPX properties located in the Upper Peninsula of the State of Michigan, U.S.A. for cash consideration of US$3 million, the assumption by Sweetwater of the US$15 million principal amount owing under a promissory note, and other terms and conditions described below.

The Company also announces that it intends to complete a non-brokered private placement of approximately 260,000,000 units at C$0.10 per Unit, to raise up to C$26 million. Orion, a 30% shareholder of the Company, has agreed to subscribe for approximately 62,310,000 Units under the Offering for an aggregate cash consideration of US$5 million.

Denis Miville-Deschênes, the Company’s CEO stated: “We are extremely pleased with the announcement of the proposed Transaction and Offering. Their completion should result in the elimination of all cash indebtedness from the Company’s balance sheet and will allow the Company to focus its efforts on plans required to develop both the fully-permitted Copperwood Project and the White Pine North Project.”

The Company and its 100%-owned subsidiary Upper Peninsula Copper Holdings Inc. have entered into a share purchase agreement with Sweetwater dated August 3, 2021, pursuant to which Sweetwater has agreed to purchase from UPCH all of the issued and outstanding shares of UPX Minerals Inc. for US$3 million in cash and the assumption of amounts owing under the Note (as defined below).

UPX Minerals holds a land package comprised of mineral rights and real properties acquired from Rio Tinto Nickel Company and Kennecott Exploration Company in 2017. The Transaction will result in Sweetwater controlling approximately 447,842 mineral acres in the Upper Michigan area near the Eagle Mine. As part of the consideration for the acquisition of the UPX Properties in 2017, UPX Minerals had issued a secured promissory note in favor of RTX in the amount of US$16 million of which US$15 million remains unpaid. Sweetwater will assume the remaining payments and interest due by UPX Minerals under the Note and Highland will be released from the guaranty it provided to RTX as security for the repayment of the Note.

The Company intends to complete a non-brokered private placement of approximately 260,000,000 Units at C$0.10 per Unit, to raise up to C$26 million. Each Unit will consist of one common share of the Company and one half of one common share purchase warrant, with each Warrant exercisable to acquire one common share at C$0.18 for a period of 24 months from the closing date of the Offering.

Restructuring of Board of Directors and Management

The closing of the Transaction with Sweetwater and the closing of the Offering are subject to various customary conditions and receipt of all necessary corporate and regulatory approvals, including but not limited to the approval of the TSX Venture Exchange. The closing of the Transaction is also conditional on the Company having raised not less than US$12.5 million in the Offering, inclusive of the Orion Subscription in the amount of US$5 million. Both closings are expected to occur during the third quarter of 2021.

The Company intends to use the proceeds of the Transaction and the Offering to settle all of the Company’s liabilities including the loan due to Osisko Gold Royalties Ltd and Greenstone Resources LP, to advance the development of the Copperwood and White Pine North projects and for general working capital purposes.

Highland Copper Company Inc. is a Canadian company focused on exploring and developing copper projects in the Upper Peninsula of Michigan, U.S.A. Information about the Company is available on SEDAR at www.sedar.com and on the Company’s website at www.highlandcopper.com.

Sweetwater is a base metals and industrial minerals royalty company holding significant surface and mineral acreage in Wyoming, Utah and Colorado with multiple avenues for organic growth​. Sweetwater provides its partners with opportunities to develop natural resources as well as access to grazing and the renewable energy sector. In addition to its cornerstone Trona royalties and internal growth opportunities, Sweetwater is focused on capturing new base metal, industrial mineral and renewable energy royalties in stable mining jurisdictions.​