Hawkmoon Resources Corp. (CSE: HM) (FSE: 966) is pleased to announce that it has completed a ten hole drill program totaling 1,005 metres on the 48 claim (2,449-hectare) Lava Gold property. Lava is situated approximately 20 kilometres west of the town of Belleterre and 150 kilometres southwest of Val d’Or in the Abitibi-Témiscamingue region of Québec. The Property hosts the Lavallée 38, 39, 40 and 41 showings. Collectively, the Showings expose multiple quartz veins, breccias and stockwork quartz veins within the northeast striking Lavallée Shear Zone. According to government maps, the bedrock geology Lava is composed of volcanics and gabbro in the southern portions. Much of the northern portions of the Property is mapped as tonalite. 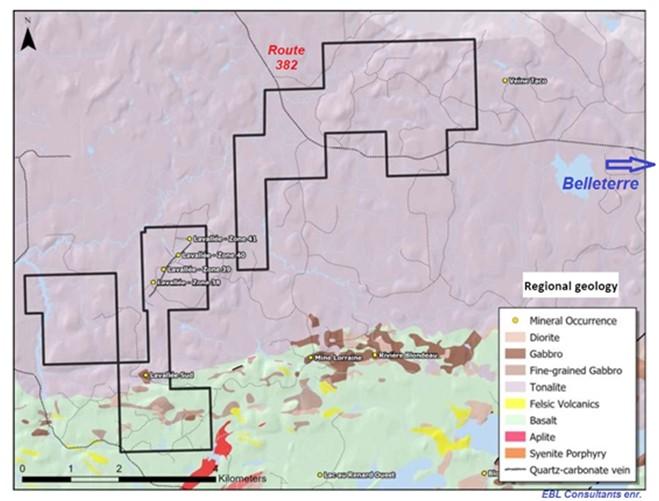 The Drill Program successfully intersected the LSZ in all ten drill holes. Downhole widths of the LSZ ranged from ten to thirty metres with true widths yet to be determined. The Drill Program targeted the LSZ over a 400 metre strike down to a maximum true vertical depth of 100 metres.  The Drill program suggests the LSZ on Lava appears to be open both to the northeast and southwest as well as at depth.

Mineralization is present as multiple altered quartz veins mineralized with sulphide minerals within in the LSZ. Sulphides were present as stringers, semi-massive or massive in the LSZ as shown in figure 1. The alteration seen was primarily silica. Altered quartz veins which contain sulphide minerals are prospective for gold in the Belleterre Gold Camp. The quartz veins measured up to four metres wide. The core is currently being cut, sampled and bagged. When this is complete, all the samples taken during the Drill Program will be submitted to ALS Global in Val d’Or for assay.

Branden Haynes, CEO of Hawkmoon Resources states “It gives me great joy to stand on our properties as the diamond drill turns. The Lava Gold property is a grand opportunity for Hawkmoon to participate in the recently rejuvenated Belleterre region of Quebec. Neighbouring companies such as Vior Inc. and Osisko Mining Corporation are further advancing this historic camp”. 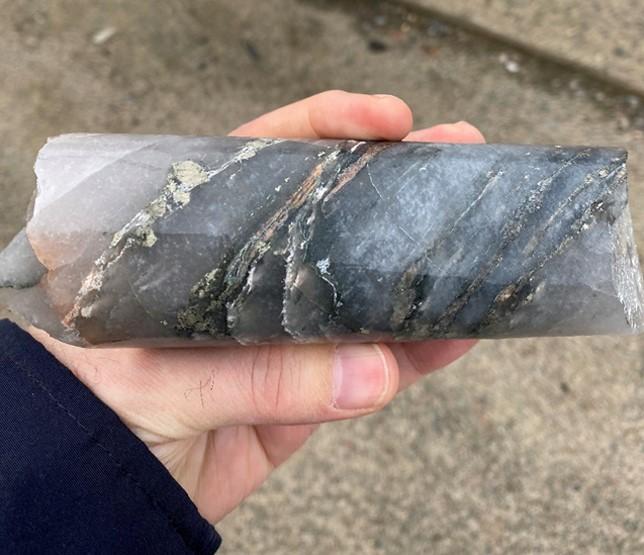 Hawkmoon is focused entirely on its three Quebec gold projects. The Wilson and Romeo properties are in one of the world’s largest gold belts, the Abitibi Greenstone Belt. The Lava property is situated in the Belleterre gold camp, situated just south of the Abitibi. All Hawkmoon’s gold projects are accessible by government-maintained roads.