Hawkmoon Resources Corp. (CSE:HM) (FSE:966) is pleased to announce the completion of its summer work program on the Wilson gold project. The Property is situated approximately 170 kilometres northeast of Val-d’Or and 15 kilometres east of the town of Lebel-sur-Quévillon, Québec. 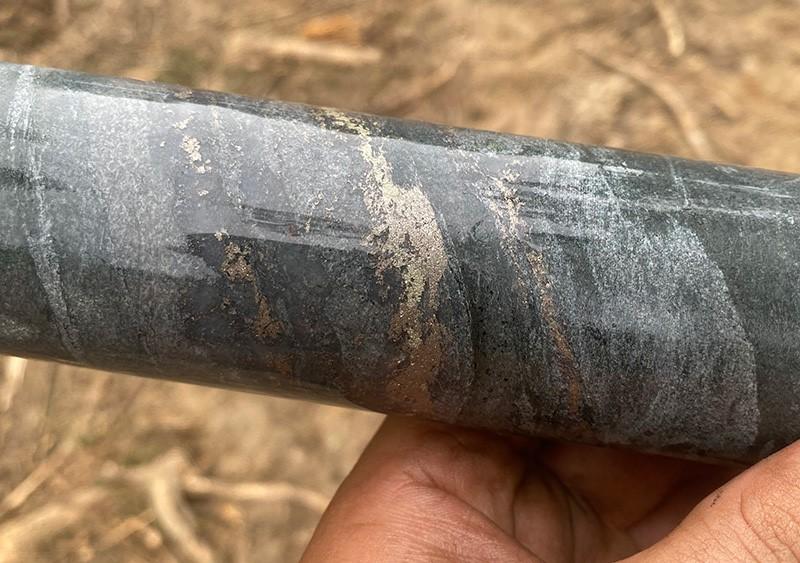 Hawkmoon drilled a total of 5,031 metres in 28 drill holes, which started with drilling 13 holes around the Toussaint Showing. Following the drilling in the Toussaint Zone, the Company moved about 500 metres east to drill six holes at Toussaint East. Further, four additional holes were drilled in an area with no previous drilling, situated approximately 250 metres west of the Midrim Showing. The Drill Program finished by drilling five holes around the Midrim Showing. All 28 drill holes were logged on the Property and sent to Val d’Or to be cut and bagged. The cutting and bagging process is currently ongoing. The core samples will be submitted to ALS Labs in Val d’Or for fire assay in batches.

The Toussaint and Midrim mineralization styles are very similar. The Mineralization is generally a beige to pale grey coloured volcanic tuff which has been foliated, sheared and strongly altered. The alteration is dominated by silica, sericite and calcite. The ankerite and chlorite alteration was less pervasive. The Mineralization has a tendency to display a striped appearance due to abundant parallel laminations. The primary sulphide minerals are pyrite and chalcopyrite. Quartz veins as well as veinlets of sulphide minerals are parallel or sub parallel to the foliation. The Mineralization was seen in every drill hole Hawkmoon drilled at Wilson and is favourable for the presence of gold on the Property, as outlined by other holes previously drilled on Wilson.

Mr. Branden Haynes, President of Hawkmoon states “We are pleased with our first large drill program at the Wilson property. Hawkmoon has been able to accomplish a great deal with the funds invested into work at the Property. The Company appreciates the hard work of the drillers, contractors, suppliers and all others involved in completing the work efficiently and professionally.  We look forward to receiving and reporting the assay results over the upcoming months.”

Hawkmoon is focused entirely on its three Québec gold projects. Two of these projects are in one of the world’s largest gold deposits, the Abitibi Greenstone Belt. Both these gold projects are accessed by government-maintained roads and are in close proximity to each other east of the town of Lebel sur Quévillon. The third project is situated in the Belleterre gold camp southwest of Val-d’Or.