Hawkmoon Resources Corp. (CSE:HM) (FSE:966) has commenced its diamond drill program on the Wilson Gold Project. The Property is situated approximately 125 kilometres northeast of Val-d’Or and 15 kilometres east of the town of Lebel-sur-Quévillon. Hawkmoon plans to drill approximately 5,000 metres on Wilson in 29 holes this summer.

The Program will target three key areas on and around the Toussaint, Midrim and Moneta-Porcupine North showings. Hawkmoon plans to validate several historical drill holes which were drilled well before National Instrument 43-101 was implemented. This will aim to bring the extensive database into compliance with NI 43-101. Hawkmoon also intends to verify mineralization under trenches, test some induced polarity anomalies as well as drill testing possible extensions of existing showings. It is anticipated the Program should take about five weeks to complete. The Program is being supervised by Thomas Clarke, the VP Exploration of Hawkmoon Resources.

Mr. Branden Haynes, President of Hawkmoon states “We all feel drilling five thousand metres on our advanced property only three months after closing our IPO sets Hawkmoon apart. The entire team is excited to get work started on Wilson. Drilling Wilson has been a goal of Hawkmoon since acquiring the project from Cartier Resources back in April. Hiring a first rate drill contractor only increases our confidence in the Program.” 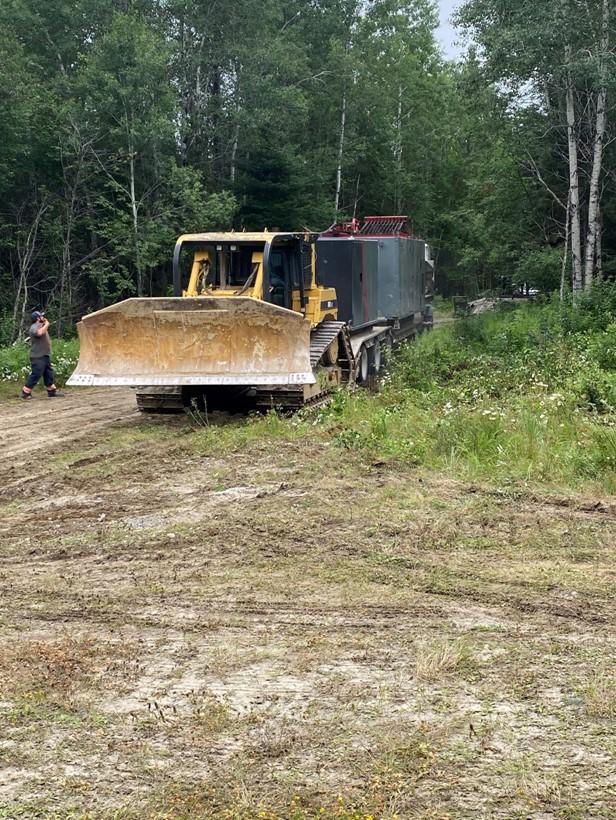 Hawkmoon is focused entirely on its three Quebec gold projects. Two of these projects are in one of the world’s largest gold deposits, the Abitibi Greenstone Belt. Both these gold projects are accessed by government-maintained roads and are in close proximity to each other east of the town of Lebel sur Quévillon. The third project is situated in the Belleterre Gold Camp southwest of Val-d’Or.