Hawkeye to Close Its Non-Brokered Private Placement for Total Proceeds of $915,000

Hawkeye to Close Its Non-Brokered Private Placement for Total Proceeds of $915,000 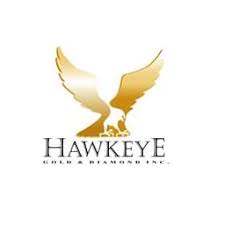 HAWKEYE Gold & Diamond Inc. (TSX.V-HAWK) (Frankfurt: HGT) (WKN: A12A61) (ISIN: CA42016R3027): announces that subsequent to the Company’s original news release dated June 27, 2018 (release No. 288 – 2018) whereby HAWKEYE announced a non-brokered flow-through and non-flow-through financing for total proceeds of $750,000 (CDN), and a succeeding news release dated September 24, 2018 (release No. 295 – 2018) whereby the Issuer announced it had closed the first tranche of this financing for total proceeds of $850,000 (CDN), HAWKEYE will be submitting final documentation to the TSX Venture Exchange to close the second tranche of the placement by issuing 1,300,000 Common Units (non-flow-through) at a price of 0.05 per unit for total proceeds of $65,000 (CDN). Upon closing of the second tranche the Company will have raised a total of $915,000 (CDN) relating to this placement. Proceeds from the Offering will be used for general working capital, trades, exploration expenditures and no finders’ fee will be paid in connection with closing of the second tranche of this placement

Each Common Unit consists of one non-flow through common share of the Company and one transferable share purchase warrant, with each such warrant entitling the holder to acquire one common share at a price of $0.10 per common share for a period of twenty-four months from closing.  If the Issuer’s common shares have a closing price of $0.20 (CDN) or more per share for ten consecutive trading days on the TSX Venture Exchange (the “TSXV”), the Corporation shall be entitled to give notice to the holders of the warrants issued pursuant to the Common Units that such warrants will expire thirty days from the date of mailing of such notice or the news release of such notice, unless such warrants are exercised before the expiry of that period, and in such event all unexercised warrants will expire at 4:30 p.m. (Vancouver time) on the last day of such thirty day period. None of the warrants issued pursuant to the Offering will be listed for trading. The Common Units and the underlying securities issued pursuant to the second tranche of this private placement offering will be subject to a four month hold period from closing.

HAWKEYE Gold & Diamond Inc. is a junior mineral exploration and development company based in Vancouver, British Columbia, Canada. The Company’s precious and base metals properties are located in the prolific BC Golden Triangle, world-class Barkerville gold camp and Vancouver Island, BC, Canada. HAWKEYE’s corporate mandate is to build strong asset growth and shareholder value through the acquisition of low-cost, high-potential cash flow and production opportunities with blue sky discovery potential, and to manage our business in an environmentally responsible manner while contributing to the local community and economy.