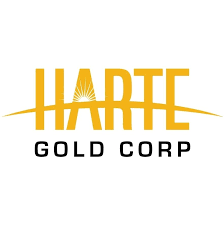 Appian Natural Resources Fund through its wholly-owned subsidiary, ANR Investments B.V. acquired  41,218,343 common shares in connection with the Offering to maintain its approximately 24.4% pro rata interest in the Company.  The gross proceeds from the Offering will be used to fund continued mine development, including vertical development at the Sugar Zone mine and advancing to the Middle Zone.

The Flow-Through Shares will qualify as “flow-through shares” (within the meaning of subsection 66(15) of the Income Tax Act (Canada)). The gross proceeds from the Offering will be used by the Company to incur eligible “Canadian development expenses” as such term is defined in the Income Tax Act (Canada) related to the Company’s assets in Ontario no later than June 30, 2021.  All Qualifying Expenditures will be proportionately renounced in favour of the subscribers of the Flow-Through Shares effective on several dates ending no later than June 30, 2021. The Offering has been conditionally approved by the Toronto Stock Exchange but remains subject to final TSX approval. The Flow-Through Shares issued in connection with the Offering will be subject to a hold period in Canada of four months and one day from the date of issuance.