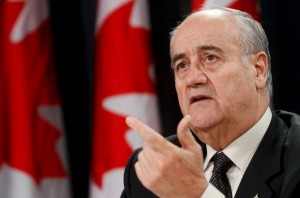 Today, speaking at the Mining Association of Canada’s annual meeting of its board of directors, the Honourable Julian Fantino, Minister of International Cooperation, underscored how increased transparency can help developing countries maximize the benefits of their natural resources while providing fair returns for transparent and responsible private enterprise.

“The natural resources sector has the potential to transform economies in developing countries,” said Minister Fantino. “If managed transparently and responsibly, jobs can be created and revenues can allow governments to deliver essential public services to their citizens, such as health care and education. By strengthening governance of the resources sector, we can combat political instability, conflict, and corruption, and help lift millions of people out of poverty.”

Natural resources are key economic drivers for developing countries. In 2011, exports of oil and minerals from Africa, Asia, and Central and South America were worth about $1.4 trillion-more than ten times the value of international development assistance to these regions.

Earlier this month, Canada once again demonstrated its active commitment to strengthening transparency in the developing world and at home. Prime Minister Stephen Harper announced that Canada will be partnering with Tanzania and Peru to further support good governance and transparency in the oil, gas, and mining industries in both countries. Prime Minister Harper also announced the implementation of mandatory resource revenue reporting and public disclosure requirements for Canadian extractive companies.

Building on earlier initiatives such as the establishment of the Canadian International Institute for Extractive Industries and Development and our support for the African Mineral Development Centre, Canada continues to help move people from poverty to prosperity.

Economic Action Plan 2013 reaffirms Canada’s commitment to help achieve sustainable economic growth in developing countries through the promotion of responsible and transparent extractive resources development. The new Department of Foreign Affairs, Trade and Development will maintain the mandate of poverty alleviation and the ability to respond to humanitarian crises.