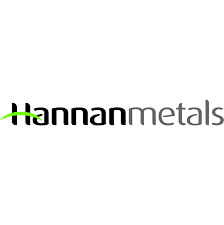 Michael Hudson, CEO, states: “Demonstrating continuity of mineralization at multiple points within a 2 kilometre trend over potentially economic widths is the key next step in the evolving definition of the basin-scale sediment-hosted stratiform copper-silver system at San Martin. Although exploration remains at its early stages, the predictability and continuity of grades at these scales is considered an extremely positive development.”

Mineralization is located in the western fold limb of an open asymmetrical anticline which dips 25 degrees to the west (Figure 3 and 4).  The new discoveries are located immediately upstream from a creek where 10 mineralized grab samples from boulders assayed between 5.0% copper and 36 g/t silver to 0.4% copper and 3.9 g/t silver, and averaged 2.7% copper and 16.9 g/t silver. In addition, a new reduced host rock was discovered stratigraphically higher than reported above. The exposed zone was leached, 1 metre wide with minor copper oxides and assayed 1 metre @ 0.1% Cu (Figure 2). Channel samples are considered representative of the in-situ mineralization samples and sample widths quoted approximate the true width of mineralization, while grab (boulder) samples are selective by nature and are unlikely to represent average grades on the property.

Field discoveries were made in the days before field work was suspended due to the Covid-19 lockdown during mid-March. Samples were submitted to a geochemical laboratory in Lima last week.  Therefore, systematic sampling and trenching over the new discovery area has not yet been carried out. The most strongly mineralized part of the host rock is only observed in 3 out of 5 outcrops (Figure 5). Further systematic sampling and mapping of the mineralized sequence to the south and north will recommence over the short term when it is deemed safe for field teams and all stakeholders.

Sediment-hosted stratiform copper-silver deposits are among the two most important copper sources in the world, the other being copper porphyries.  They are also a major producer of silver.  According to the World Silver Survey 2020 KGHM Polska Miedz’s (“KGHM”) three copper-silver sediment-hosted mines in Poland are the leading silver producer in the world with 40.2Moz produced in 2019. This is almost twice the production of the second largest producing mine. The Polish mines are also the sixth largest global copper miner and in 2018, KGHM produced 30.3 Mt of ore at a grade of 1.49% copper and 48.6 g/t silver from a mineralized zone that averages 0.4 to 5.5 metres thickness.

Hannan Metals Limited is a natural resources and exploration company developing sustainable and ethical resources of metal needed to meet the transition to a low carbon economy. Over the last decade, the team behind Hannan has forged a long and successful record of discovering, financing and advancing mineral projects in Europe and Peru.

Mr. Michael Hudson FAusIMM, Hannan’s Chairman and CEO, a Qualified Person as defined in National Instrument 43-101, has reviewed and approved the technical disclosure contained in this news release. 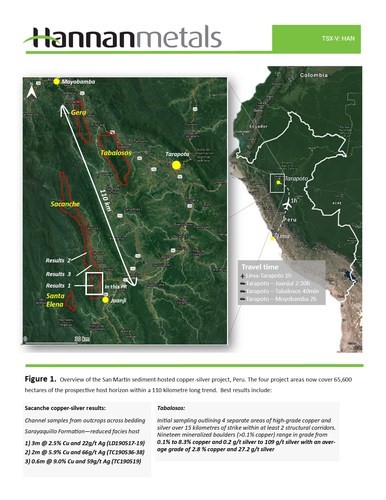 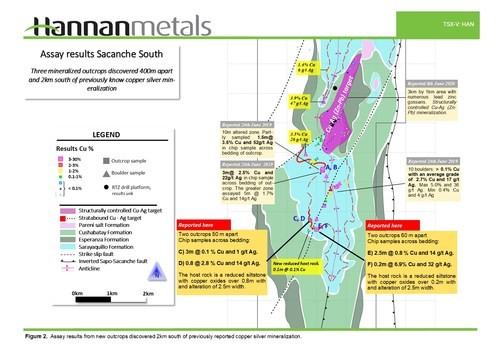 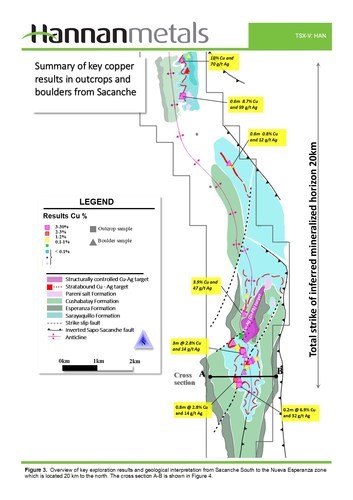 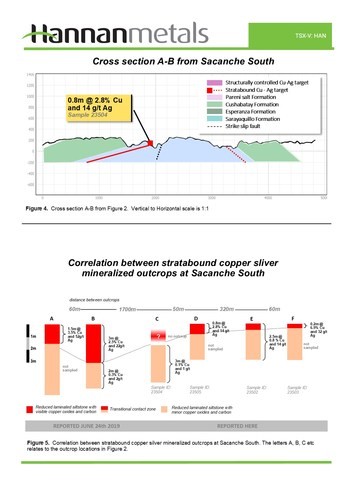 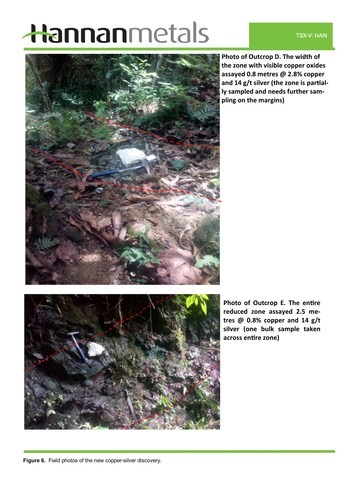