Gwen Preston – “The Cut Is Coming”

By the end of Wednesday, we will know the Fed’s decision on rates.

The market is adamant rates are going down: probabilities now sit at 76.5% for a 25-basis point cut and 23.5% for a 50-point cut. In other words, no one thinks rates are even staying where they are, let alone going up.

I’ve talked endlessly about rates of late so I’ll keep this short. I just wanted to include that chart and mention a few comments in the last week from Fed decision makers, all of which work to underline how likely a rate cut is at this point.

On the comments front: vice-chair of the Federal Reserve Richard Clarida gave a talk that was very dovish, including comments like “you don’t necessarily want to wait [to cut rates] until the data turns.” Then John Williams, who is on the rates committee through his position as president of the Federal Reserve Bank of New York, said that policymakers need to “act quickly” as economic growth slows and that “it’s better to take preventative measures than to wait for disaster to unfold.”

Hilariously, after each speech the Fed issued statements clarifying that the comments were academic and not about the pending rates decision. But seriously: if that’s what each guy has taken from his years of research, I’m pretty sure that’s what is going to guide his vote on rates next week.

Everyone else thinks so too. For a few days after those two speeches, market expectations for a 50- point cut jumped to 59% from 25%. As I showed above they have since settled again, but still.

A 25-point cut remains the most likely outcome and it is very, very likely. Even Fed Chair Jerome Powell has had the chance to deny a cut in public recently and has not done so.

Has gold already ‘priced in’ a rate cut? It’s hard to say – if rates are being cut because of economic weakness, exactly how much should that add to the price of a safe haven? – but pressed to answer I would say gold will benefit some from a 25-point cut and will jump should the Fed surprise with a 50- point cut. 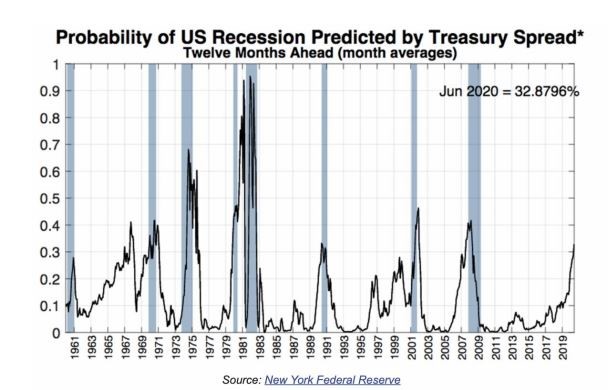 Of course, we haven’t seen any real progress on the trade war. Instead, Trump is tweeting about putting tariffs on all $550 billion in goods that the US imports from China. Trade negotiators are meeting again shortly but expectations are muted.