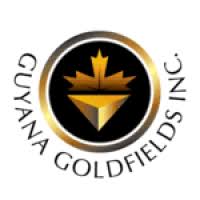 Guyana Goldfields Inc. (TSX: GUY) is pleased to announce that gold production from mining operations at its Aurora Gold Mine totalled approximately 38,500 ounces for the first quarter ended March 31, 2018, which was in-line with annual production guidance for the year. The Company sold 38,100 ounces of gold at an average realized gold price of $1,333 per ounce, generating gross first quarter revenues of US$50.7 million.

Full first quarter 2018 operational and financial results will be released after-market on Monday, April 30, 2018. A conference call will be held the following morning on Tuesday, May 1, 2018 at 10:00 am ET to discuss the results and details of the call can be found at the end of this release.

In the first quarter ended March 31, 2018, the mill processed a new record averaging 6,700 tonnes per day of ore at an average head grade of approximately 2.35 grams per tonne gold with gold recoveries averaging 91.0%. In addition, total material moved from the mine was approximately 39,500 tonnes mined per day.

During the quarter, the phase one mill expansion was completed on-time and slightly under budget, (see press release dated March 29, 2018). Initial benefits to recovery are already being observed within current operations.

Grade and gold production is expected to be weighed towards the second half of the year due to mine sequencing and incorporating a higher throughput capacity with the completion of the phase 1 and 2 mill expansions.

Scott A. Caldwell, President & CEO, states, “Aurora has once again delivered on a strong quarter and we are starting to observe the effects of the phase one expansion capacity enhancements within operations. The mill throughput exceeded expectations significantly by 12% and recovery exceeded plan by approximately 1.0% and this extra tonnage was supplemented by lower grade ore above our operating cut off grade of 0.85 gram per tonne in the quarter.”

Guyana Goldfields Inc. is a Canadian based mid-tier gold producer primarily focused on the exploration, development and operation of gold deposits in Guyana, South America.