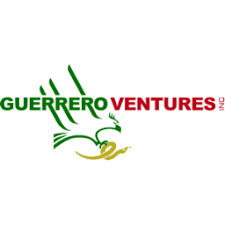 “The successful completion of this second tranche demonstrates the strong support shown by our investors as we near the launch of Nomad Royalty Company, a new global acquisition-driven precious metals royalty company” said Vincent Metcalfe, Chief Executive Officer of the Company.

Each Subscription Receipt entitles the holder thereof to receive, without payment of any additional consideration or further action on the part of the holder, one common share of the Company upon satisfaction and/or waiver of certain escrow release conditions, including but not limited to the closing of the Transaction (as defined below).

The gross proceeds from the sale of the Subscription Receipts, less fifty percent of the Agents’ commission and Agents’ expenses payable on the closing date of the private placement, will be held in escrow by Computershare Trust Company of Canada in accordance with a subscription receipt agreement dated April 2, 2020 among Guerrero, Computershare Trust Company of Canada, Scotiabank and BMO Capital Markets and will be released to the Company upon satisfaction and/or waiver of the Escrow Release Conditions. If the Transaction closes on or before August 3, 2020, the escrowed proceeds from the private placement of Subscription Receipts will be released to Guerrero. If the Transaction fails to close by August 3, 2020, or the Transaction is terminated at an earlier time, the gross proceeds and pro rata entitlement to interest earned on the escrowed proceeds will be paid to holders of the Subscription Receipts.

At the second closing, Guerrero paid the Agents a cash commission representing 6% of the gross proceeds raised, excluding funds received from the Insiders (as defined below). Fifty percent of the cash consideration has been deposited into escrow and will be released to the Agents upon satisfaction and/or waiver of the Escrow Release Conditions.

Subject to satisfaction and/or waiver of the Escrow Release Conditions, the Company will use the net proceeds from the private placement for working capital purposes and to pay a portion of the cash consideration to Yamana Gold Inc. and one of its affiliates in connection with the previously-announced proposed transaction involving the acquisition by Guerrero from funds related to Orion Resource Partners (USA) LP and from Yamana Gold of two portfolios comprising an aggregate of ten royalty, stream and gold loan assets for total consideration of US$268 million and US$65 million, respectively, pursuant to definitive purchase agreements dated February 23, 2020.

At the second closing, three directors and officers of Guerrero (the “Insiders“) purchased an aggregate of 510,000 Subscription Receipts for total gross proceeds of C$459,000. The issuance of Subscription Receipts to the Insiders constitutes a related party transaction but is exempt from the formal valuation and minority approval requirements of Multilateral Instrument 61-101 – Protection of Minority Security Holders in Special Transactions (“MI 61-101“) as Guerrero’s securities are not listed on any stock exchange identified in Section 5.5(b) of MI 61-101 and neither the fair market value of the Subscription Receipts issued to the Insiders nor the fair market value of the entire private placement exceeds 25% of Guerrero’s market capitalization. Guerrero did not file a material change report with respect to the participation of the Insiders at least 21 days prior to the second closing of the private placement as the Insider participation was not determined at that time.

Under applicable securities legislation, the Subscription Receipts issued at the second closing of the private placement are subject to a four-month hold period, expiring on August 25, 2020.

Guerrero is a publicly listed company with a focus on acquiring mineral assets that will provide the opportunity to enhance shareholder value.