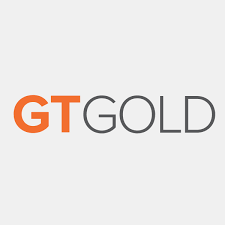 Pursuant to the Agency Agreement, as compensation for services rendered in connection with the Offering, the Agents received a cash commission equal to 7.0% of the gross proceeds of the Offering, other than in respect of certain purchasers on the Company’s president’s list, in which case the cash commission was equal to 2.0%.

GT Gold Corp. is focused on exploring for gold in the geologically fertile terrain of British Columbia’s renowned Golden Triangle. The Company’s flagship asset is the wholly-owned, 44,206-hectare Tatogga property, located near Iskut, British Columbia, close to roads and grid power. The Company achieved, in 2017, a major new gold-silver discovery at its Saddle prospect, located up a gentle valley only 10 kilometres off highway 37. The Saddle discovery comprises two parts: a high-grade, near surface, epithermal gold-silver vein system at Saddle South and, close by at Saddle North, a largely covered, porphyry copper-gold-silver mineralized system. Geophysical surveying suggests that both may be large in scale, and current 2018 drill results indicate that Saddle North bears strong similarities to the nearby Red Chris deposit. The Saddle South discovery was internationally recognized for its significance in November 2017 with the Mines and Money “Exploration Discovery Award”. The Company has the backing of major institutions and key Canadian investors and is fully funded for the 18,000-metre program of expansion drilling now underway on this exciting new discovery.