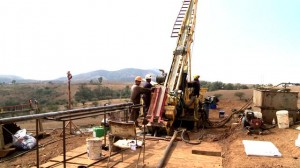 GREAT PANTHER SILVER LIMITED (TSX:GPR)(NYSE MKT:GPL) today announced that it has received the Environmental Impact Permit for its 100% owned San Ignacio Project in Guanajuato, Mexico. With the granting of the permit, the Company has commenced construction of a two-kilometre road to provide access to the new portal for ramp and mine development.

“Receiving the final permit for our San Ignacio mine is a significant milestone for Great Panther,” stated Robert Archer, President & CEO. “We have already received our explosives permit, so our timeline for the initiation of production from San Ignacio in early 2014 remains on track. We anticipate that production from San Ignacio will start at about 100 tonnes per day and will be ramped up to about 250 tonnes per day by the end of 2014. The ore will be trucked 22 kilometres to the Cata plant at our Guanajuato Mine Complex for processing.”

“The initiation of mining at San Ignacio will fulfill our objective of utilizing existing processing capacity at the Cata plant. The ability to increase throughput, with no requirement for additional capital investment, is expected to reduce fixed unit costs at Guanajuato and bring down overall cash costs at the operation,” added Mr. Archer.

An access ramp of 310 metres length will be constructed in order to reach the Intermediate Vein, the first zone to be developed. Once the vein is accessed, underground bulk sampling will allow for a full scale metallurgical evaluation at the Cata plant, which will determine whether the San Ignacio mineralization should be blended with the ore produced from the main Guanajuato mine or processed separately.

As disclosed in the NI 43-101 report for the San Ignacio Project (May 9, 2012), the Intermediate Vein currently hosts an Inferred Mineral Resource of 330,000 tonnes grading 144g/t silver and 2.71g/t gold, for a contained 3,274,000 silver equivalent ounces. An infill drill program to upgrade this resource to at least the Indicated category is scheduled to begin in October, subject to permitting.

The offices, change rooms, water and communication facilities at the former San Ignacio Mine site have already been re-established and ancillary surface infrastructure including a waste dump pad, electrical substation, and mechanical services will be constructed as soon as the access road is complete. All necessary equipment and project personnel for the initial mine development have been sourced from the main Guanajuato mine. The use of existing equipment and the proximity of the resource to the surface will minimize capital and development expenditures for San Ignacio.

Robert Brown, Vice President Exploration for Great Panther is the Qualified Person for the San Ignacio Project, as defined by National Instrument 43-101 and has reviewed this news release.

Great Panther Silver Limited is a primary silver mining and exploration company listed on the Toronto Stock Exchange trading under the symbol GPR, and on the NYSE MKT trading under the symbol GPL. The Company’s current activities are focused on the mining of precious metals from its two wholly-owned operating mines in Mexico, Topia and Guanajuato. Great Panther is also in the process of developing its San Ignacio Project with a view to production in 2014, and has two exploration projects, El Horcon and Santa Rosa. The Company is also pursuing additional mining opportunities within Latin America, with the goal of adding to its portfolio of mineral properties.