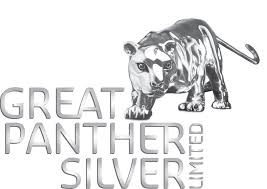 “We are excited to announce an almost doubling of the estimated Measured and Indicated Mineral Resource at the GMC to over 13 million silver equivalent ounces,” stated James Bannantine, President & CEO. “This is a strong testament to our ability to continue to develop new mineral resources at the GMC and expand its potential. In this regard, we have over 24,000 metres of drilling planned for the GMC in 2018, which we believe will continue to add to the mineral resource inventory.”

During 2017, exploration at the San Ignacio Mine consisted of both surface and underground drilling. This drilling resulted in the extension and continued delineation of the Melladito and Nombre de Dios zones and a significant increase in Measured and Indicated Mineral Resources.

At the Guanajuato Mine, underground exploration in 2017 was focused on the Cata, Los Pozos, Guanajuatito, San Cayetano, Santa Margarita and Valenciana mining areas. An underground drill program of approximately 14,000 metres is planned for 2018, which will continue to focus on increasing Mineral Resources in these same areas.

2017 Mineral Resource Estimate Update for the Guanajuato Mine Complex¹

The technical information contained in this news release has been reviewed and approved by Matthew C. Wunder, P. Geo., who is the Qualified Person for the Guanajuato Mine Complex under the meaning of NI 43-101. Aspects relating to mining and metallurgy are overseen by Ali Soltani, Chief Operating Officer for Great Panther.

Great Panther Silver Limited is a primary silver mining and exploration company listed on the Toronto Stock Exchange trading under the symbol GPR, and on the NYSE American under the symbol GPL. Great Panther’s current activities are focused on the mining of precious metals from its two wholly-owned operating mines in Mexico: the Guanajuato Mine Complex and the Topia Mine. The Company is also evaluating the restart of the Coricancha Mine in Peru, which it acquired in 2017, and continues to pursue the acquisition of additional mining operations or projects in the Americas.