GREAT ATLANTIC RESOURCES CORP. (TSX-V:GR) (FRA:PH01) is pleased to announce it has completed the third hole (GP-21-151) of the 2021 diamond drilling program at its Golden Promise Gold Property, located in the central Newfoundland gold belt. The hole was completed at the Jaclyn Main Zone. Multiple veins with sulfide mineralization were intersected, one of which contains visible gold. 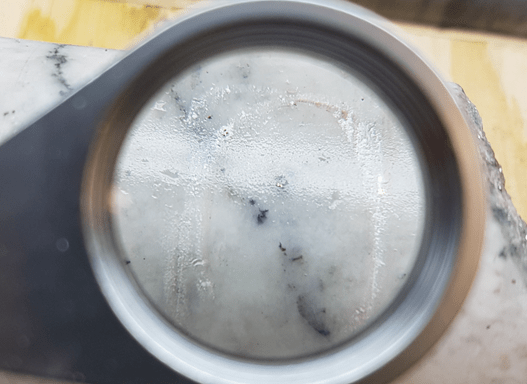 Drill hole GP-21-151 is a definition hole, drilled between drill holes GP-19-142B and GP-19-144. GP-19-144 intersected high grade gold mineralization within a quartz veined zone (61.35 g/t gold over 2.04 meters core length). GP-21-151 was drilled within the west region of the Jaclyn Main Zone (JMZ). It was drilled to a length of 116 meters. The current drilling is part of the Company’s Phase 2 diamond drilling program at the gold bearing Jaclyn Zone. Drill core from GP-21-151 will be geologically logged and sampled at the Company’s secure facility in central Newfoundland. 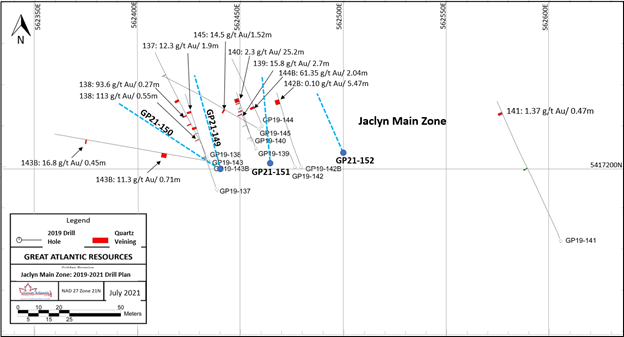 Multiple quartz veins were intersected in GP-21-151, some with sulfide mineralization. A 0.78-meter long (core length) quartz vein was intersected at 47.22-47.98 meters with visible gold. Drill core samples from GP-21-151 will be submitted to a certified laboratory for gold assay and multi-element analysis.

Drilling is underway on the fourth hole GP-21-152, which is also a definition hole in the western part of the JMZ. 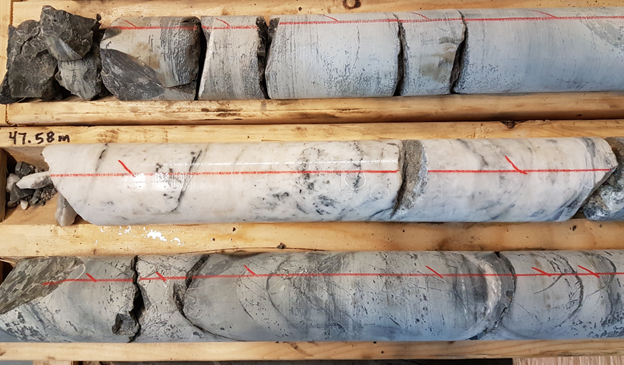 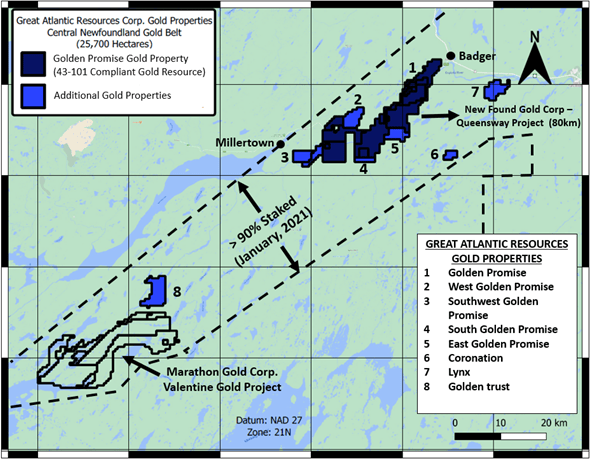 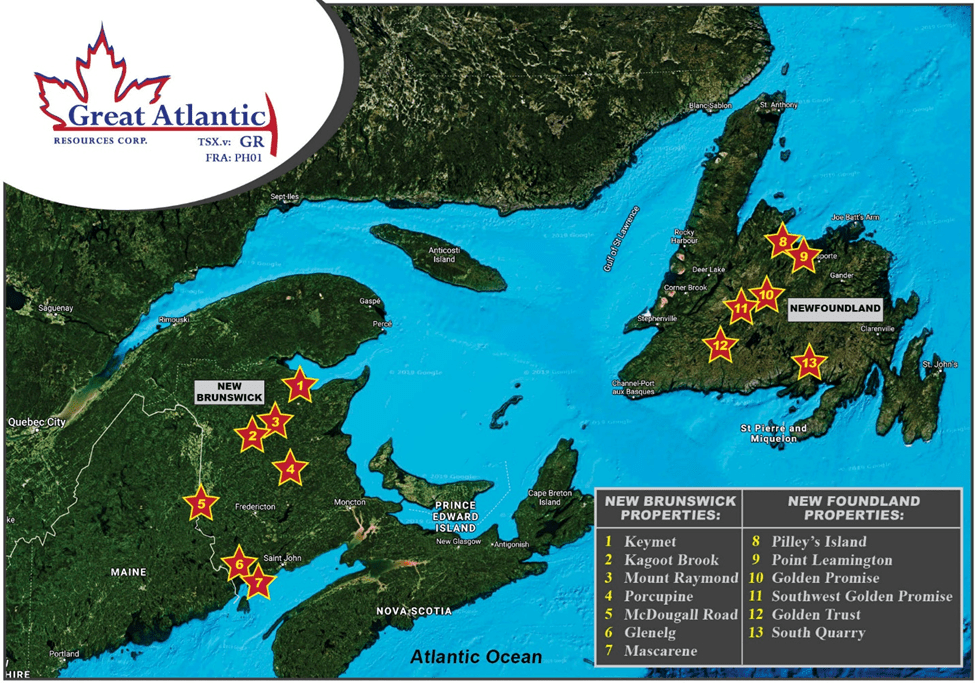