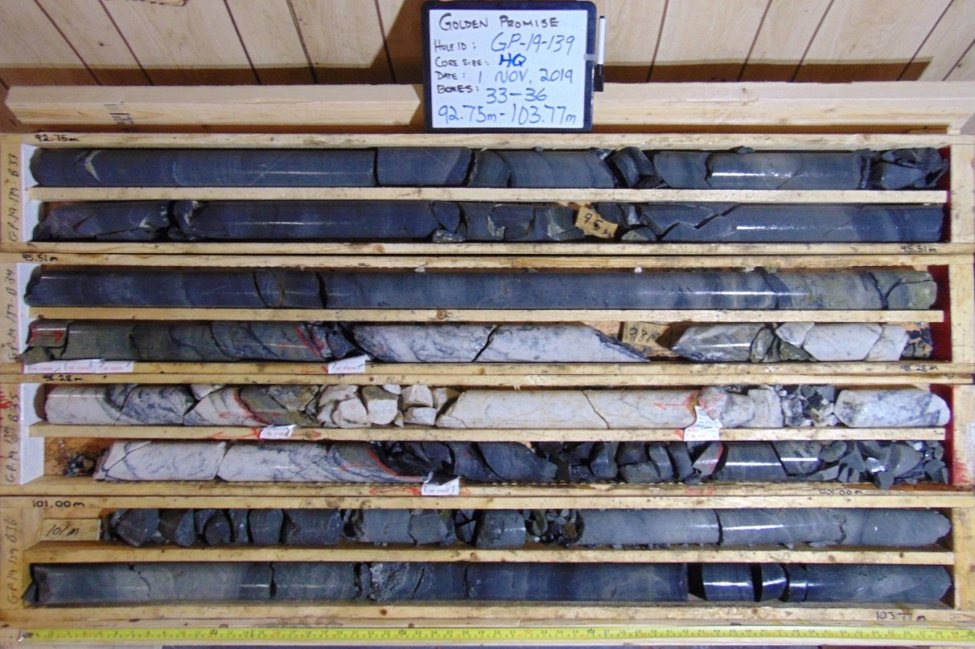 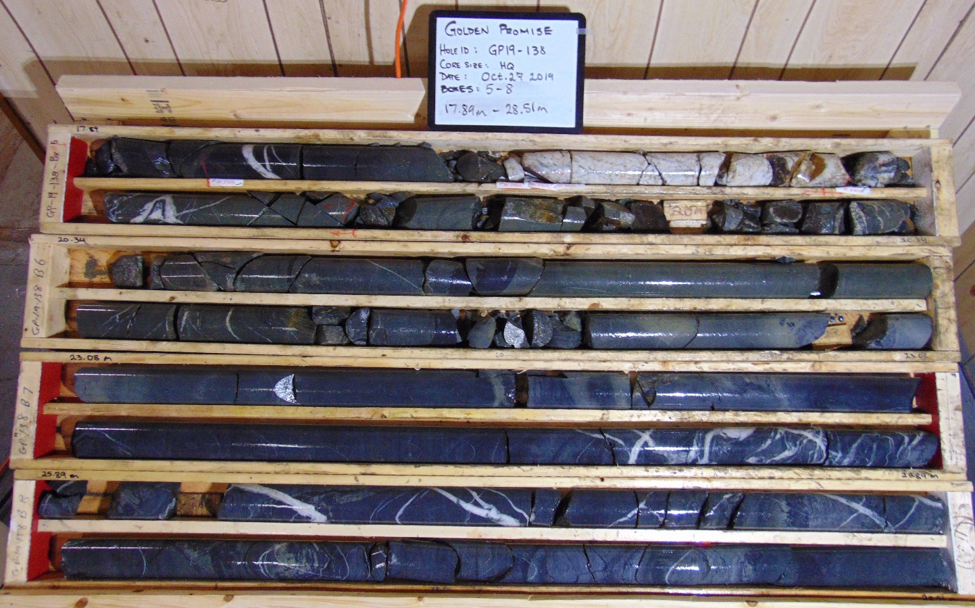 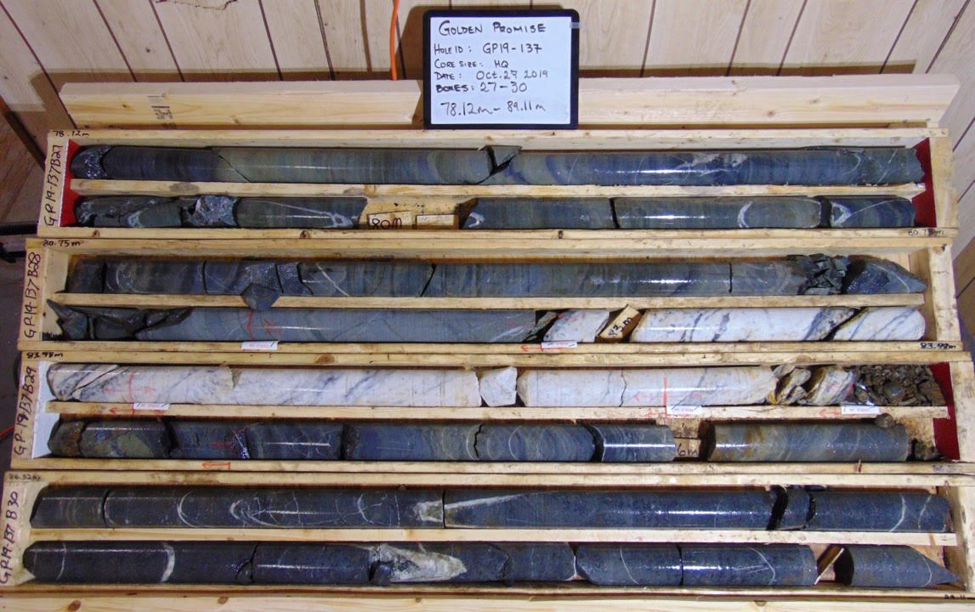 The first three drill holes (GP19-137, GP19-138 and GP19-139) of the 2019 Phase 1 diamond drilling program tested the west half of the Jaclyn Main Zone (JMZ) within the conceptual pit-constrained area. All three holes intersected quartz veins with plus / minus sulfide mineralization. Visible gold is present within quartz veins intersected in holes GP-19-138 and GP-19-139. Analytical results have been received for these three holes. Significant intersections for the three drill holes include:

The lengths reported in the preceding table are core interval lengths and not true widths. Due to multiple reported quartz veins in this part of the Jaclyn Main Zone, (including in some 2019 drill holes), possible different vein orientations, and a reported change in the strike of the Jaclyn Main Zone is this part of the zone, more information is required to estimate the true thickness of these vein intersections.

The drill core samples were analyzed at Eastern Analytical Ltd. Samples of main quartz veins and quartz veined zones were analyzed by the Total Pulp Metallics method. This involves crushing of the entire sample to -10 mesh and pulverizing to 95% -150 mesh. The total sample is then weighed and screened 150 mesh. The +150 mesh fraction is fire assayed for gold, and a 30 gram sub-sample of the -150 mesh fraction is fire assayed for gold. A calculated weighted average of total gold in the sample is reported as well (values in preceding table). Samples of meta-sediment with +/- quartz veins were assayed for gold by fire assays (30-gram sub-samples) and analyzed for 34 elements (200-mg sub-samples totally dissolved in four acids and analyzed by ICP-OES). Eastern Analytical, a certified laboratory, is independent of Great Atlantic. Blank and standard samples were included in the sample submissions to Eastern Analytical. Duplicate analysis was conducted for some samples. 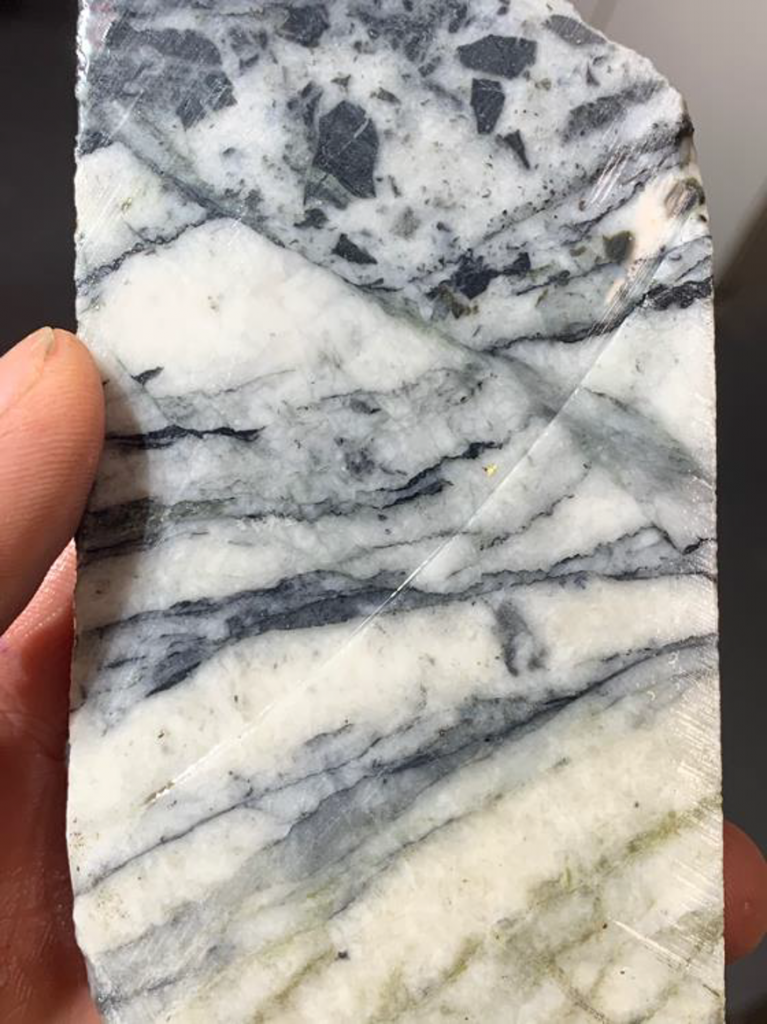 As reported in the National Instrument 43-101 Technical Report on the Golden Promise Property, Central Newfoundland (revised), dated December 4, 2018 by Mr. Greg Z. Mosher, M.Sc. App., P.Geo., and Mr. Larry Pilgrim, B.Sc., P.Geo., the JMZ was modelled as a single quartz vein that strikes east-west and dips steeply to the south. Modelled vein thickness was based on true thickness derived from quartz vein intercepts. The estimate is based on 220 assays that were composited to 135 one-meter long composites. A bulk density of 2.7 g/cm3 was used. Blocks in the model measured 15 meters east-west, 1-meter north-south and 10 meters vertically. The block model was not rotated. Grades were interpolated using inverse-distance squared (ID2) weighting and a search ellipse that measured 100 meters along strike, two meters across strike and 50 meters vertically. Grades were interpolated based on a minimum of two and a maximum of 10 composites with a maximum of one composite per hole so the grade of each block is based on at least two drillholes thereby demonstrating continuity of mineralization. For the capped mineral resource estimate, all assays that exceed 65 g/t gold were capped at 65 g/t gold. All resources were classified as Inferred because of the relatively wide spacing of drill holes through most of the zone. 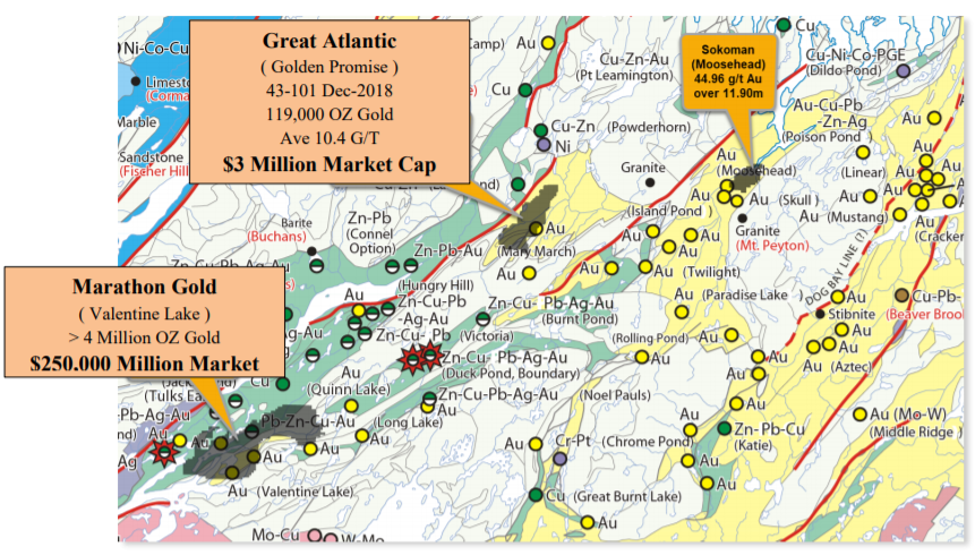 The Golden Promise Property hosts multiple gold bearing quartz veins and is located within a region of recent significant gold discoveries. The property is located within the Exploits Subzone of the Newfoundland Dunnage Zone. Within the Exploits Subzone, the property lies along the north-northwestern fringe of the Victoria Lake Supergroup (VLSG), a volcano-sedimentary terrane. The northwestern margin of the Golden Promise Property occurs proximal to, and, in part, contiguous with a major (Appalachian-scale) collisional boundary, and suture zone, known as the Red Indian Line (RIL). The RIL forms the western boundary of the Exploits Subzone. Recent significant gold discoveries in this region of the Exploits Subzone include those of Sokoman Minerals Corp. (SIC) at the Moosehead Gold Project and Marathon Gold Corp. (MOZ) at the Valentine Gold Project. Readers are warned that mineralization at the Moosehead Property and Valentine Gold Project is not necessarily indicative of mineralization on the Golden Promise Property. 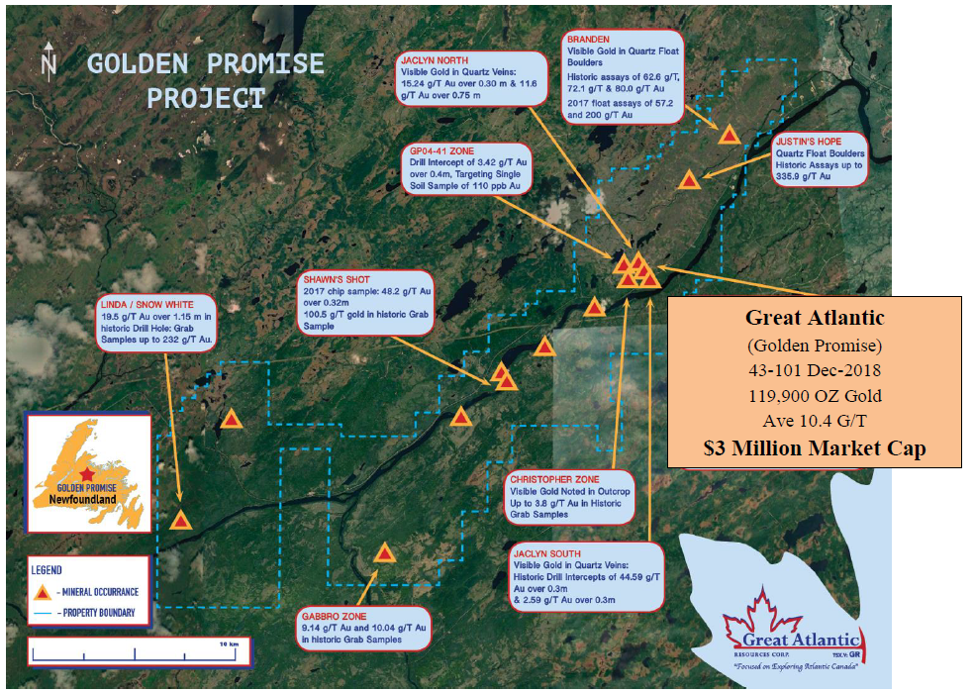 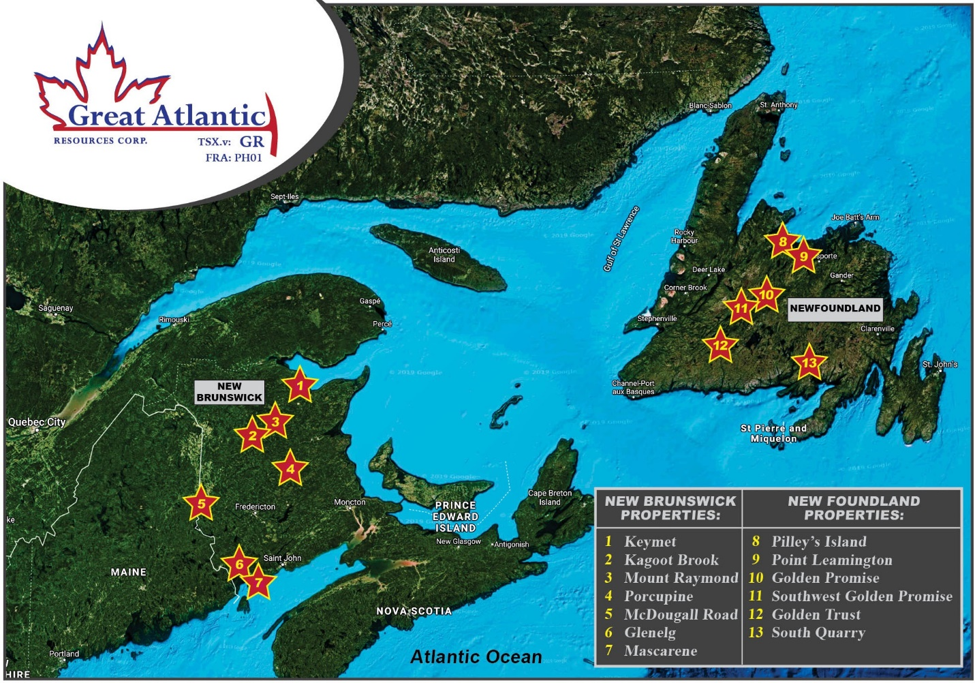