GREAT ATLANTIC RESOURCES CORP. (TSX-V:GR) (FRA:PH01) is pleased to announce it has completed the eighth drill hole (GP-21-156) of the 2021 diamond drilling program at its Golden Promise Gold Property, located in the central Newfoundland gold belt. The drill hole is part of the Company’s Phase 2 drilling program at the Jaclyn Zone, being completed at the Jaclyn North Zone in an area of gold bearing quartz boulders. GP-21-156 intersected visible gold within a quartz veined interval. 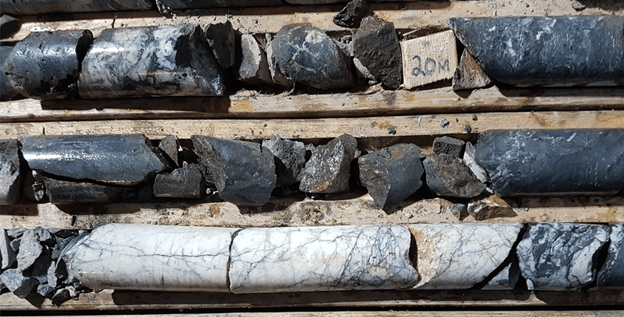 Drill Hole GP-21-156 is a definition hole, further testing the Jaclyn North Zone (JNZ) east of pre-Great Atlantic drilling. The hole was drilled within a zone of gold bearing quartz boulders. It was drilled slightly southeast at an approximate 50-degree dip to a length of 122 meters. The hole intersected a zone of faulting and quartz veining at 19.35 – 22.65 meters. The main quartz vein within this interval was intersected at 22.10 – 22.65 meters and contains visible gold and sulfide mineralization. 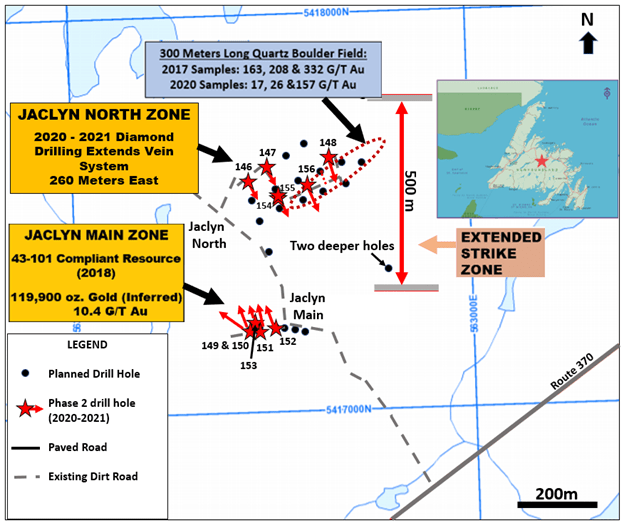 The Company’s Phase 2 drilling program to date (late 2020 – 2021) has extended the extended the JNZ quartz vein system approximately 260 meters further east along strike with each of the six holes completed in this part of the zone intersecting quartz veins. Each of the three 2020 holes (GP-20-146 to GP-20-148) intersected gold bearing quartz veins while assays are pending for samples from the three 2021 holes in the zone (GP-21-154 to GP-21-156) (see News Releases on the Company’s website). 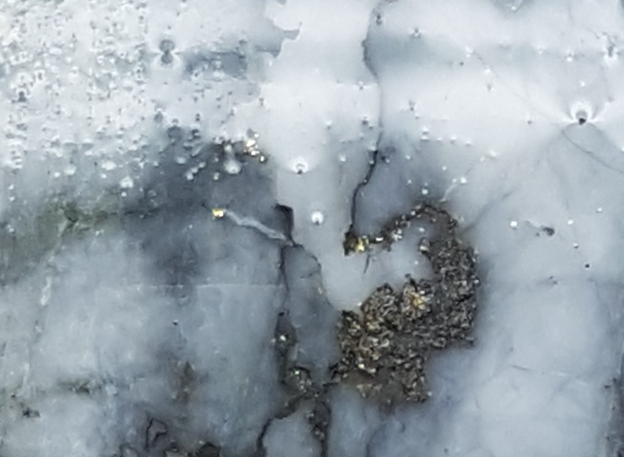 The Phase 2 drilling will include up to 33 drill holes at the gold bearing Jaclyn Zone with holes completed and planned at the Jaclyn Main Zone (JMZ) and JNZ and total planned drilling of approximately 5,000 meters. The objective of drilling at the JMZ is to further define the zone and provide information for an updated resource estimate of the JMZ. The first five holes completed during 2021 were at the JMZ with visible gold interested in quartz veins in four holes (assays pending). The Company is continuing the drill hole numbering system from previous drilling programs. Most of the completed and planned holes at the JMZ are within the central to west region of the zone, testing above 200 meters vertical depth. Two holes are planned in the east part of the JMZ during Phase 2 to test the zone at 200-350 meters vertical depth. Planned holes at the JNZ are east of pre-Great Atlantic drilling. 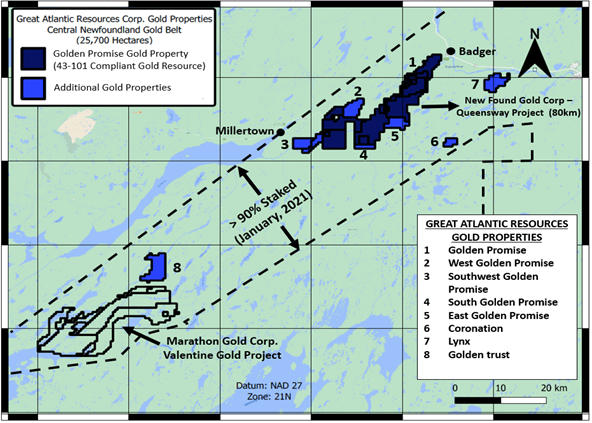 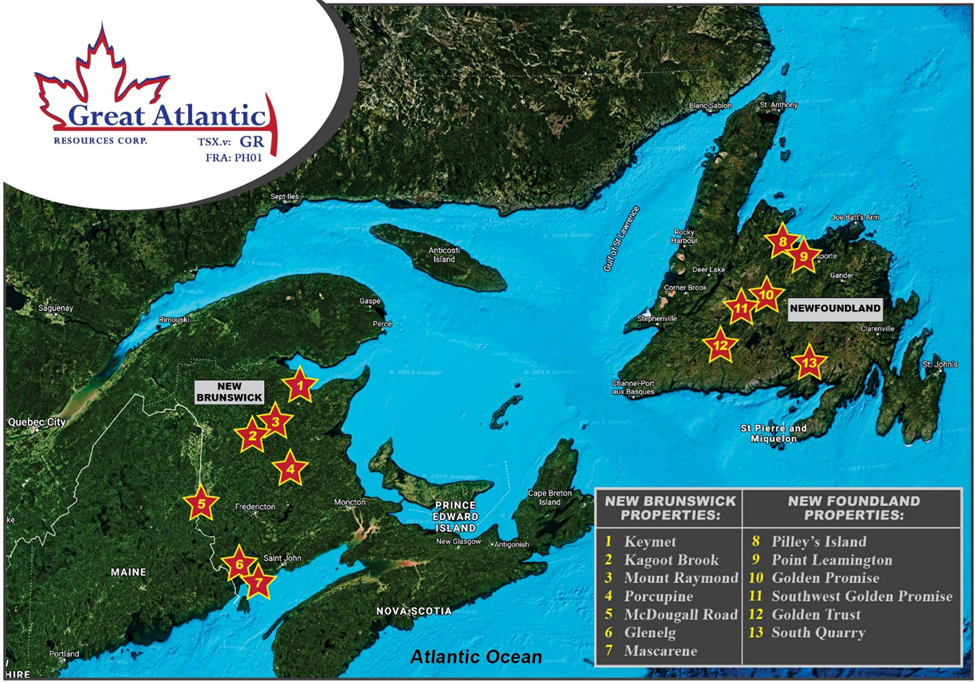