GR Silver Mining Ltd. (TSX-V: GRSL) (FRANKFURT: GPE) (OTCQB: GRSLF) is pleased to report near surface drill results in the central portion of the Plomosas Mine Area. These results will be incorporated in the database and 3D resource model, with potential for delineation of shallow resources in unmined zones close to existing underground developments in the historic Plomosas Mine Area (Figure 1) at the Plomosas Silver Project in Sinaloa, Mexico.

GR Silver Mining President and CEO, Marcio Fonseca commented, “We are very pleased to continue to report successful drilling results following our surface and underground drilling program at the Plomosas Mine Area, and to incorporate these results into the upcoming maiden resource estimation. To date, the company has released results from 304 drill holes to be included in two maiden resource estimates at (1) the Plomosas Mine Area and (2) the San Juan Area. There are still drill holes pending review and receipt of assays which the company expects to finalize release by the end of Q2/21. This represents a major milestone in the advance of modern exploration and resource estimation work at the Plomosas Silver Project“.

Highlights of the drill results and their preliminary interpretation include:

The Company has completed its current diamond drilling program on the Plomosas Mine Area, and these assay results are part of pending assays to be included in the maiden NI 43-101 resource estimation.

The longitudinal section below represents the N-S trend of the Plomosas Mine Area, displaying the location of surface and underground drill holes released to date and the upside potential along strike and down dip.

Table 1 summarizes the most significant assay results for the drill holes in this News Release.

The following table (Table 2) summarizes the collar locations for drill holes reported in this News Release.

San Marcial is a near-surface, high-grade silver-lead-zinc open pit-amenable project. The Company filed a National Instrument 43-101 report entitled “San Marcial Project Resource Estimation and Technical Report, Sinaloa, Mexico” having an effective date of March 18, 2019 and an amended date of June 10, 2020 (the “Report”), which contains a 36 Moz AgEq (Indicated) and 11 Moz AgEq (Inferred) resource estimate. The Report was prepared by Todd

McCracken and Marcelo Filipov of WSP Canada Inc. and is available on SEDAR. The company recently completed over 320 m of underground development in the San Marcial Resource Area, from which underground drilling is planned to expand the high-grade portions of the resource down-dip. The Company recently discovered additional mineralization in the footwall, outside of the existing resource, and will also be drilling this area. GR Silver Mining is the first company to conduct exploration at San Marcial in over 10 years.

GR Silver Mining’s other projects are situated in areas attractive for future discoveries and development in the same vicinity of Plomosas, La Trinidad and San Marcial in the Rosario Mining District. Following the acquisition of Marlin Gold Mining Ltd. in March 2021, GR Silver Mining controls a concession portfolio of over 1,000 km2, two previously producing mines fully permitted for future developments and a total combined 75 km of structures with field evidence of 24 Ag-Au veins in historic old workings. 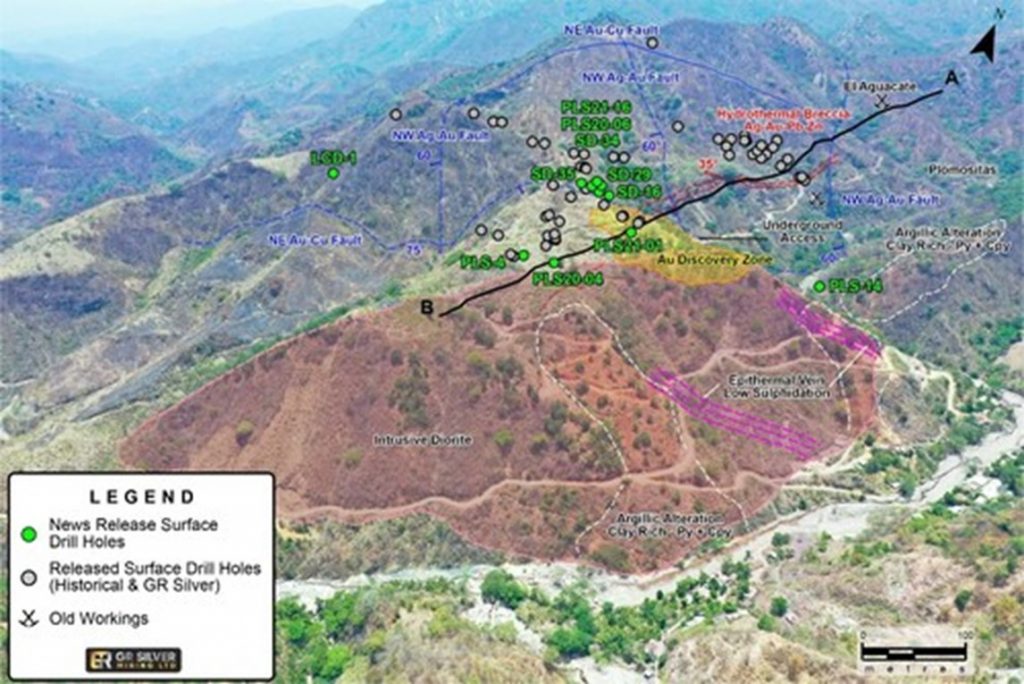 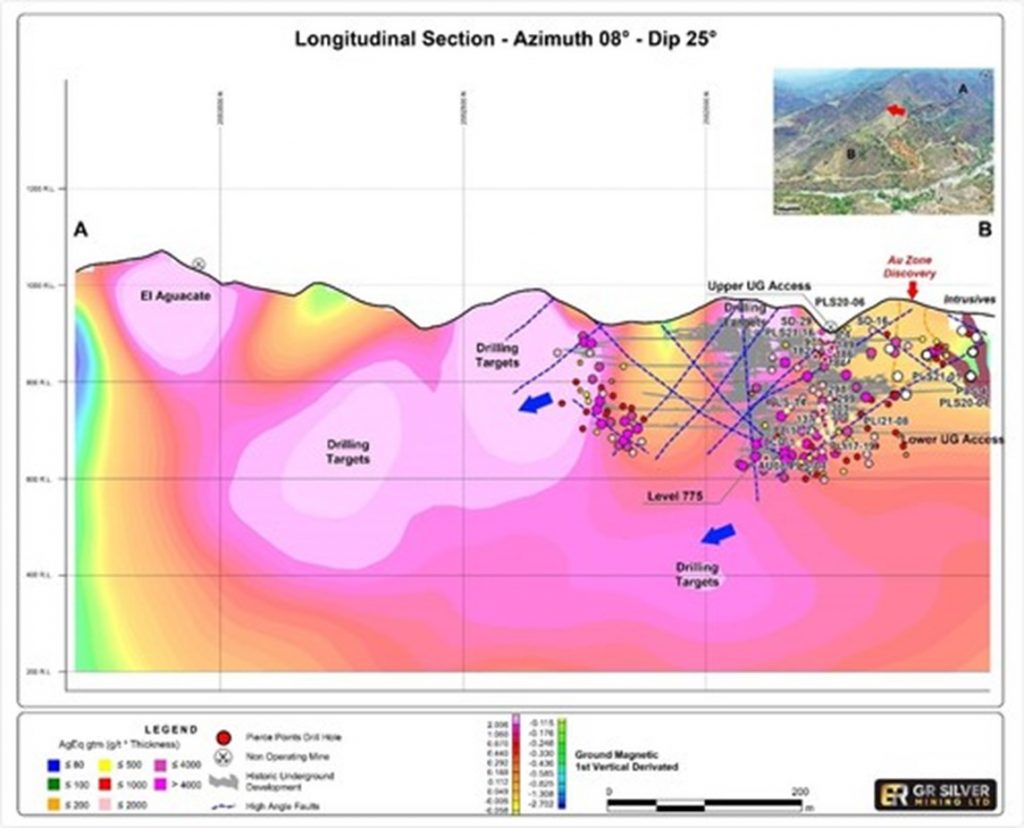