GR Silver Mining Ltd. (TSX-V: GRSL) (FRANKFURT: GPE) (OTCQB: GRSLF) is pleased to report a new mineralized zone defined by drill results from the San Juan Area at its 100%-owned Plomosas Silver Project in Sinaloa, Mexico. The new zone called the “Yecora Vein” includes results from the 2020 drilling program as well as a reinterpretation of historical drill results in the same area.

GR Silver Mining President and CEO, Marcio Fonseca, commented, “These results from the Yecora Vein together with our recent 3D modelling of ground IP and airborne magnetic geophysical data provide encouragement for the definition of a much larger epithermal system at San Juan. Since the March 2020 acquisition of the Plomosas Project, the Company has expanded the strike length of the San Juan system from its original 400 m to approximately 2 km, and has demonstrated the presence of at least six mineralized veins (Figure 2). Our ongoing surface drilling program, together with validation of extensive historic drilling data, is providing strong evidence that the mineralized footprint extends beyond the previously drilled areas”.

The progress of the exploration program at San Juan, which includes surface drilling and a review of geochemical and geophysical exploration data, in combination with detailed geological mapping, is expanding the extent of high-grade precious and base metal mineralization. This program has achieved the discovery of new mineralized structures close to the old San Juan mine workings at shallow depth. The Yecora Vein is located to the west of the San Juan Vein and appears to be a splay from the low sulphidation epithermal vein systems mapped in nearby old workings (La Colorada). It has a strike length of at least 500 m and remains open in both directions.

Highlights of the Yecora Vein in the San Juan Area

The mineralized Ag-Au-Pb-Zn veins reported in this news release (Table 1), add to the potential for delineation of near surface polymetallic resources in multiple zones at the San Juan Area.

The Company’s diamond core drilling program at the Plomosas Silver Project is ongoing and includes shallow drill holes from surface, as well as underground drilling inside recently rehabilitated existing developments or old workings. The Company has increased the scale of the drill program at the Plomosas Silver Project from a previously released 4,500 m (see News Release dated 15 July, 2020) to a total of 11,900 m. There are currently five drill rigs on site, including one underground drill rig, as part of the resource expansion and discoveries drill program.

Table 1 summarizes the most significant drill assay results for this set of 29 drill holes released for the Yecora Vein in the San Juan Area.

The 29 drill holes in this news release were generated by: (a) GR Silver Mining’s core drilling campaign (YES20-01), and (b) historical drill holes completed by Grupo Mexico, which make up part of an extensive surface and underground diamond core drilling database, that the Company continues to consolidate and validate.

Table 2 provides collar coordinates for the drill holes presented in this news release.

The Company believes that the San Juan Area represents a large, low sulphidation epithermal system. Our investigations to date have identified evidence of multiple events of mineralization, including a combination of precious and/or base metals in veins, veinlets, stockworks and hydrothermal breccias. This represents an opportunity for the definition of a resource in this area with the shallow surface drilling program to continue discovering new mineralized zones close to the surface.

GR Silver Mining has not received information related to the Grupo Mexico QA/QC and assay protocols and at this stage is considering the information historic for news release purposes.

GR Silver Mining owns 100% of the Plomosas Silver Project located near the historic mining village of La Rastra, within the Rosario Mining District. The Project is a past-producing asset where only one mine, the Plomosas silver-gold-lead-zinc underground mine, operated from 1986 to 2001. The Project has an 8,515-hectare property position and is strategically located within 5 km of the Company’s San Marcial Silver Project in the southeast of Sinaloa State, Mexico. The Plomosas Project comprises six areas with an average of 100 surface and underground drill holes in each area, geophysical and geochemical data covering most of the concession, 16 new exploration targets from which 11 have high priority for future exploration programs. 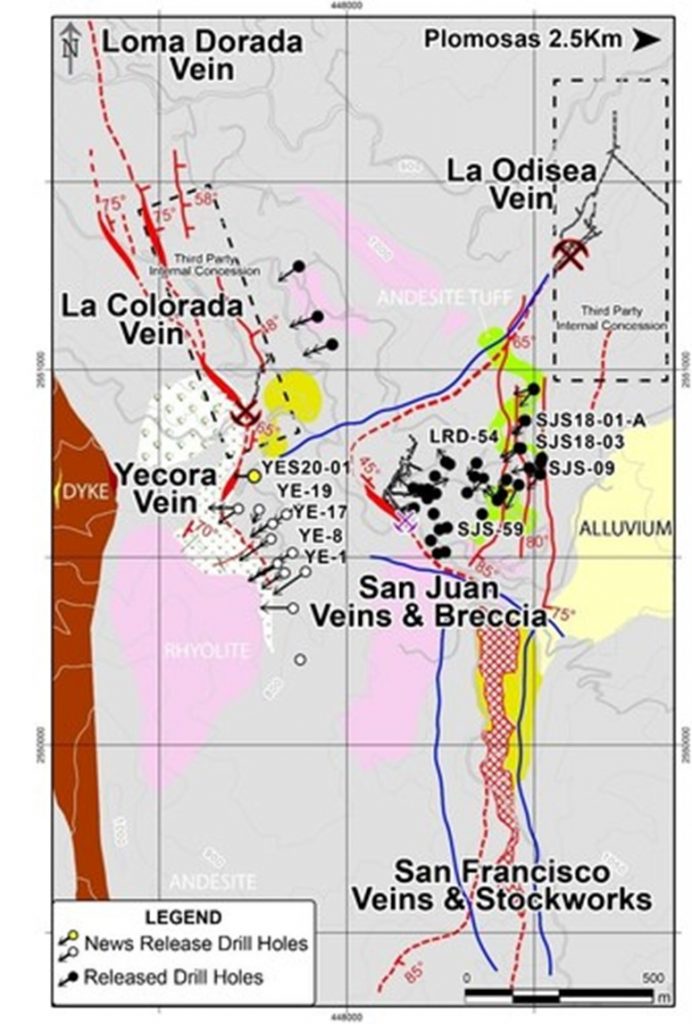 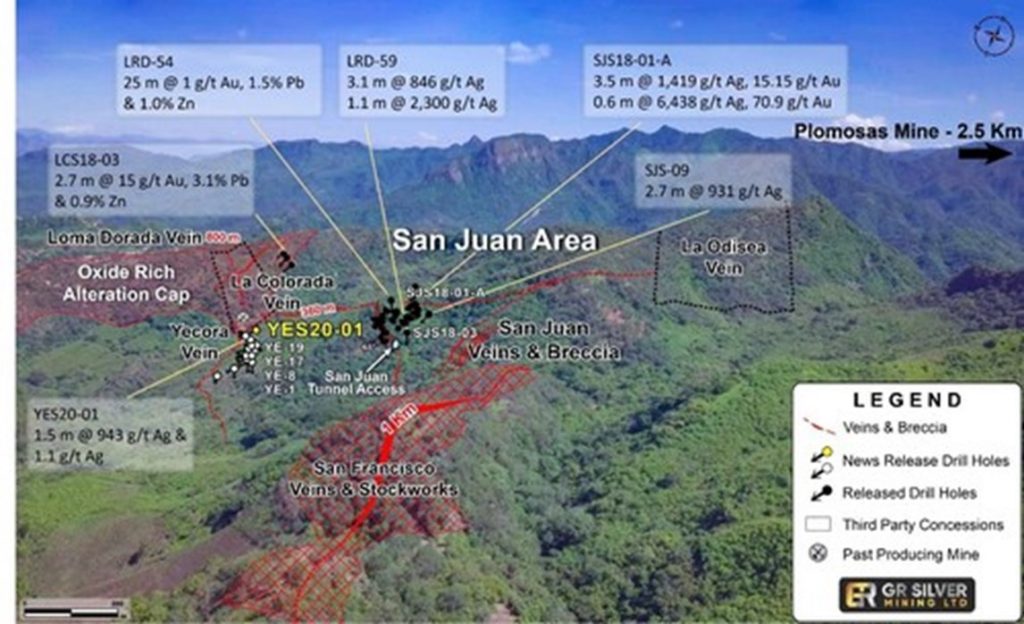