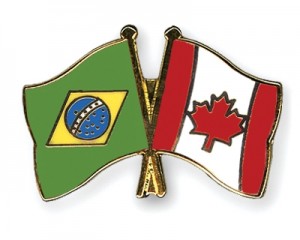 Parliamentary Secretary Kelly Block, on behalf of the Honourable Joe Oliver, Canada’s Minister of Natural Resources, today delivered remarks at the 8th edition of the Brazil-Canada Chamber of Commerce event during the annual Prospectors & Developers Association of Canada International Convention. During her speech, Ms. Block highlighted Canada’s ongoing interest in strengthening Brazil-Canada relations, which are especially significant in the areas of mining and mineral development.

Ms. Block spoke of Canada’s relationship with Brazil as a key priority in the government’s Strategy for Engagement in the Americas as well as the Global Markets Action Plan. She highlighted increased engagement through trade and commercial/economic ties as one of the best ways to support positive change and sustainable economic growth in the Americas.

Ms. Block also emphasized Canada’s status as a secure, safe and reliable country in which to do business and described the elements that have enabled Canada to remain at the forefront of the global mining industry. In particular, she highlighted Canada’s strong economic fundamentals; Canada’s work to modernize its regulatory system through responsible resource development; greater corporate social responsibility; and, the Government of Canada’s investments in geoscience.

—  Since the depths of the recession in 2009, two-way trade between Brazil

and Canada has increased by 46 percent, now standing at almost $6

—  Brazil is the seventh-highest source of foreign direct investment in

Canada, with almost $16 billion in cumulative stock for 2012.

—  Mining and mineral processing in 2012 contributed $60 billion to

Aboriginal People, and accounted for over 20 percent of Canada’s

—  According to the industry analyst SNL Metals & Mining, Canada remains

the world’s top destination for mineral exploration, attracting over 13

percent of budgeted exploration expenditures in 2013.

—  Like Canada, Brazil is one of the leading mining nations of the world.

It is the top-ranked producer of niobium; the second-largest producer of

iron ore, manganese, tantalite and bauxite; and the third-largest

“Canada recognizes that Brazil is not only a close friend but also a major economic player – one that we have identified as a key priority market. We look forward to strengthening our ongoing partnership and creating more trade opportunities between Brazil and Canada.”