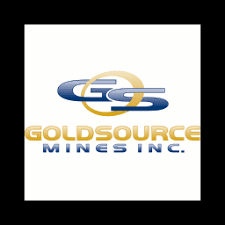 Certain of Goldsource’s insiders purchased or acquired direction and control over Units under the private placement. The placement to those persons constitutes a “related party transaction”, within the meaning of TSX Venture Exchange Policy 5.9 and Multilateral Instrument 61-101. The Company has relied on the exemptions from the formal valuation and minority approval requirements of MI 61-101 contained in sections 5.5(b) and 5.7(1)(b) of MI 61‑101 in respect of related party participation. Further details will be included in the Company’s material change report to be filed. Such material change report was not filed more than 21 days prior to closing of the placement due to there being less than 21 days between the date of related party subscription agreements and closing.

Goldsource Mines Inc. is a Canadian resource company working aggressively to develop its advanced-stage, 100%-owned Eagle Mountain saprolite and hard-rock gold project in Guyana, South America. From 2016 to 2017, through a gravity pilot plant initiative, the Company completed testing on gravity-only gold production and both dry and wet mining open-pit techniques. Goldsource is now focused on delivering feasibility studies to achieve large-scale gold production at Eagle Mountain. Goldsource is led by an experienced management team, proven in making exploration discoveries and in project construction.