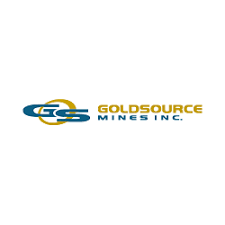 Goldsource Mines Inc. (TSXV: GXS) (OTCQB: GXSFF) (FWB: G5M) ) is pleased to announce initial drill results from the Toucan Target located within the north-south trending Salbora-Powis structural corridor (est. two kilometres in length) adjacent to the Eagle Mountain Gold Project in Guyana, South America. Initial results represent four core holes (694 metres) which, when combined with historic data (see below), suggest that the Toucan discovery is initially 250 metres long by 20 to 40 metres wide, open along strike and to depth, and may be connected to the recently announced Powis discovery, 600 metres to the south (see attached Figures).

Yannis Tsitos, President, commented, “Since the discovery and delineation of the Salbora deposit, the Company has focused on comparing geophysical induced polarization and resistivity anomalies (sulphides and silicified zones) with historic exploration results to priorize our drill targets. This compilation has led us to the Toucan Target with an initial near-surface drill hole intercept of 66 metres grading 1.35 gpt gold in Hole EMD20-102 and a 36 metres intercept grading 2.1 gpt gold in Hole EMD20-105. Toucan contains a historic exploration adit grading 19.3 gpt gold over a 22 metre length (in-vein). The new drill results confirm continuity of gold mineralization below the historic adit and adjacent nearby shallow historic pits. Before the suspension on April 6th due to the COVID-19 pandemic (see news release dated April 6, 2020), several additional holes were completed at Salbora and Powis and initial drill results were obtained for the Friendly target. These results will be announced after compilation over the next six weeks.“

All sample preparation and geochemical analyses were completed by Actlabs Guyana Inc. in Georgetown, Guyana.

Geologically, the Toucan discovery is dominated by brecciated and silicified structures within mafic volcanic and granitoid units. Gold mineralization is within subvertical silicified zones with chlorite and pyrite-filled breccias. Toucan is along a north-south corridor which passes through Salbora, 1.0 kilometres to the north (see attached Figures) and Powis which is 600 metres to the south. The geophysical studies indicate semi-continuous sulphide anomalies over significant parts of this two-kilometres long north-south corridor. The breccia structures and silicification with blebby pyrite containing gold are characteristics shared by both Salbora and Toucan.

Historic work at the Toucan discovery was completed as follows:

The following table shows the most significant results from the above historic results (uncut, undiluted) in Toucan. The Company is not treating the historical drill intercept mineralization estimates and other sampling intercepts from GSR or IAMGOLD as current mineral resources or reserves, has not verified them and is not relying on them. The Company is currently only using them to guide its exploratory drilling work (see attached Figures) but plans to conduct work to further verify the historic results in the future .

Historically, previous companies focused on the Eagle Mountain deposit for its near surface bulk mineable potential with smaller higher-grade targets, like Toucan, less of a priority. The Company believes the recent discoveries at Salbora, Powis and now Toucan, have the potential to significantly grow the resource inventory at Eagle Mountain and most importantly, increase the average grade of the overall resource. These discoveries should help the Company obtain its critical resource mass and potentially have a significant positive impact on the economics of its ongoing pre-feasibility study.

In the next nine months, subject to Guyana COVID-19 restrictions being lifted, the Company plans to operate three drills to complete additional expansion and in-fill drill holes for 5,000 to 7,500 metres at Eagle Mountain including extensions of Salbora, Powis, Toucan, Friendly Target and the Eagle Mountain Gold deposit.

With a minimum monthly burn rate during the COVID-19 suspension, C$7.7 million in cash and no debt on the balance sheet, Goldsource is uniquely positioned to advance Eagle Mountain during these challenging market conditions to deliver an updated resource estimate to support an ongoing pre-feasibility study for the project.

Goldsource Mines Inc. is a Canadian resource company working aggressively to develop its advanced-stage, 100%-owned Eagle Mountain saprolite and hard-rock gold project in Guyana, South America. From 2016 to 2017, through a gravity pilot plant initiative, the Company completed testing on gravity-only gold production and both dry and wet mining open-pit techniques. Goldsource is now focused on expanding gold resources and delivering subsequent studies for decision-making on a large-scale gold production at Eagle Mountain. Goldsource is led by an experienced management team, proven in making exploration discoveries and in project construction.