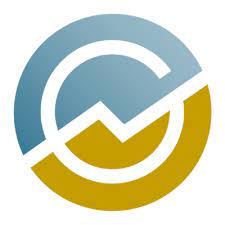 Goldsource Mines Inc. (TSX-V: GXS) (OTCQB: GXSFF) (FSE: G5MA)  is pleased to announce additional infill and expansion drill results for the Company’s 100%-owned Eagle Mountain Gold Project in Guyana, South America. Newly reported results are for 55 core holes totaling 7,886 metres from the Friendly, Bacchus, Bottle Bank, No. 1 Hill and Baboon areas of the Eagle Mountain deposit, which is defined by a series of sub-horizontal mineralized zones that are laterally extensive and start at surface. See attached Figures and Tables below.

The Company’s focus through the first nine months of 2021 was to complete infill and expansion drilling of the Eagle Mountain deposit in preparation for an updated Mineral Resource Estimate. This drilling was designed to upgrade a significant portion of current near-surface Inferred Mineral Resources to the Indicated category through infill drilling and to test for lateral and depth extensions through expansion drilling. The results reported in this release constitute most of the remaining infill and expansion holes planned for the 2021 program.

Since November 6, 2020, the cut-off date for the February 2021 MRE, the Company has completed 17,449 metres of infill and expansion drilling in 155 core holes (average depth of 113 metres) at the Eagle Mountain deposit and remains on track for an updated MRE later in 2021. The February MRE is contained in a report titled, “Eagle Mountain Gold Project, Potaro – Siparuni Region Guyana, NI 43-101 Technical Report,” dated April 7, 2021 with an Effective Date of February 17, 2021.

With the infill and expansion drilling of the Eagle Mountain deposit substantially complete, the Company has re-initiated exploration activities, drill testing known geophysical targets and following up on prospects along the north-south Salbora-Powis structural trend. This 5,000-metre exploration program was detailed in the Company’s August 12, 2021 News Release. Drill results for these activities will follow in a separate release when analytical results have been received and evaluated.

No.1 Hill and Baboon Areas:

Steve Parsons, P. Eng., and CEO of Goldsource, commented, “Our exploration activities through much of 2021 have focused on confirming and extending the shallow mineralized horizons of the Eagle Mountain deposit, initially focusing on the thicker zones of mineralization in the core areas, such as Ounce Hill, Bottle Bank, Zion, and Kilroy, and more recently moving to the flanks of the deposit to test for lateral extensions to the north, southwest and at depth in the Bacchus and Baboon/No.1 Hill areas, respectively. In all, with drilling through October, including some follow-up at the Salbora deposit, we expect to be well positioned to deliver on another key objective, that is, to upgrade a significant portion of Inferred Resources to the Indicated category. This updated Indicated resource will then be used as the basis for a prefeasibility study focusing on establishing a shallow, low strip open-pittable mineral reserve. Confirming the economic potential of Eagle Mountain by way of a PFS is a critical step for the Company.”

“Drilling will continue, however, as the property is still relatively underexplored, both along the Salbora-Powis trend and on the eastern side of the Prospecting License. The Salbora-Powis trend is currently the subject of a 5,000-metre program, which kicked off in September and will continue into early December. We look forward to sharing these results as assays become available.”

The four primary objectives for the 2021 drill program are unchanged, as follows:

Drilling in this area has concentrated on infilling the projected near surface saprolite mineralized zones classified as Inferred Resources in the February 2021 MRE. Drilling has confirmed the continuity of this area. Recent drilling to the north has also expanded the mineralized area 225 metres northwards towards the already released expanded area of Bacchus. Combined, the Friendly-Bacchus Gap has extended the mineralized footprint by an area approximately 225 by 350 metres.

The Baboon area displays a deeper weathering profile than many places on the slopes of the Eagle Mountain deposit, with saprolite extending to 60 metres vertical depth from surface. The saprolite has several mineralized zones within it, with the upper zones being continuations of those from the Kilroy area, separated by the Elephant Fault. The thicker and higher-grade intervals in the Baboon area, such as in EMM21-044/044A, occurs at the saprolite-fresh rock interface. This zone is interpreted to be the same mineralized structure which extends 400-500 metres to the North-west, expressing as surficial mineralization in the No.1 Hill area, which sits at a lower elevation than Baboon.

The Qualified Person under National Instrument 43-101 – Standards of Disclosure for Mineral Projects for this news release is N. Eric Fier, CPG, P.Eng., Executive Chairman for Goldsource, who has reviewed and approved its contents.