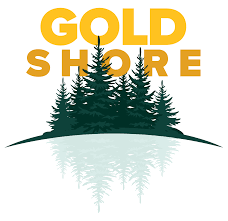 Goldshore Resources Inc. (TSX-V: GSHR) (OTCQB: GSHRF) (FSE: 8X00) is pleased to announce the closing of its upsized private placement for aggregate gross proceeds of $10,000,000. The Offering was led by Eventus Capital Corp., as lead agent and sole bookrunner and including Laurentian Bank Securities Inc. and Canaccord Genuity Corp.

The Company intends to use the proceeds raised from the Offering for future exploration work on its Moss Lake gold deposit in Northwest Ontario, Canada. The gross proceeds from the issuance of the Offered Shares will be used for “Canadian Exploration Expenses” within the meaning of the Income Tax Act (Canada), which will be renounced with an effective date no later than December 31, 2021 to the purchasers of the Offered Shares in an aggregate amount not less than the gross proceeds raised from the issue of Offered Shares. If the Qualifying Expenditures are reduced by the Canada Revenue Agency, the Company will indemnify each subscriber of Offered Shares for any additional taxes payable by such subscriber as a result of the Company’s failure to renounce the Qualifying Expenditures.

The securities issued pursuant to the Offering will be subject to a four-month and one day hold period under applicable securities laws in Canada.

Closing of the Offering is subject to final approval by the TSX Venture Exchange.

Brett Richards, President and Chief Executive Officer of the Company commented: “I am pleased we have been able to attract significant interest in Goldshore to have upsized the planned $7M fund raise to $10M, and have now closed. This fresh capital will assist us in continuing to de-risk the project as we advance our 100,000m drilling campaign well into 2022.”