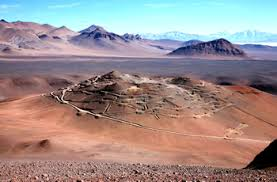 Goldrock Mines Corp. (TSX-V:GRM) is pleased to announce that it has closed the non-brokered private placement previously announced on February 6, 2015.

In connection with the Offering, the Company has agreed to pay approximately US$200,000 plus G.S.T. in cash as a finder’s fee to Coniston Investment Corp. The Consultant was specifically commissioned by the Company to locate, arrange and acquire investments by strategic partners.

All securities issued in connection with the Offering will be subject to a hold period expiring four months and one day following the Closing Date.

The net proceeds from the Offering will be used for the further development of the Lindero gold project including detailed engineering and final payment on long lead items. The Company anticipates the arrival of the High Pressure Grind Roll unit, the single longest lead time item of 14 months, into Argentina early in the second quarter of 2015. The Company continues to advance discussions to fully finance Lindero which would include debt, equity and equipment manufacturer financing.

Paul Matysek, President and CEO of the Company, commented, “The closing of this placement with Orion represents the third above-market financing we have completed in the past 18 months, raising a total of approximately $20 million as we continue to de-risk our Lindero gold deposit and create shareholder value.”

The Orion Mine Finance Group is a mining focused business with approximately $1.8 billion under management specializing in providing flexible capital investment solutions to junior mining companies in the base and precious metal sector. Orion has demonstrated capability in debt, equity, convertibles, off-take, streaming and royalty investments.

Goldrock Mines Corp. is an emerging gold producer focused on the development of its 100% owned Lindero gold deposit located in Salta province, northwestern Argentina. The Company has been granted the primary mining permit by the Salta provincial government allowing the Company to develop the Lindero open pit, heap leach gold mine. Results of the Lindero Feasibility Study have recently been announced. Production will be at an initial throughput rate of 15,000 TPD, increasing to 18,750 TPD during the first year of operation. Average annual production will be 109,000 ounces during the first nine years.