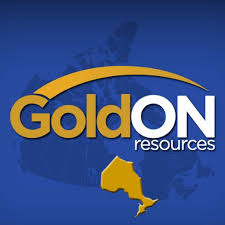 Numerous Au-Ag mineralized zones have been identified over the 13-kilometre breadth of the Property (see Figure 2) and the Phase I drilling program consisted of 1,006.5 meters in nine drill holes testing targets at the Trail Zone, and the Sanderson Main, East and North zones (see drill hole location map Figure 3 and new release of December 3, 2019 for drill target rationale).

Analytical results from the drill program are summarized below.

The above intervals are down hole intervals. True widths are not known at this time.

“Although these initial results are disappointing, the high-grade surface showings at Trail and Sanderson were too intriguing not to drill test,” said Michael Romanik president of GoldON. “The Slate Falls project remains geologically complex, with our initial drill program limited to just two of the known showings within the claim package. We are looking forward to the upcoming field season and will outline our Phase II exploration plans shortly.”

About the Slate Falls Property

Located in Ontario’s Patricia Mining Division, the Slate Falls Property (the “Property”) lies between the Red Lake and Pickle Lake gold camps within the southwestern extension of the Meen-Dempster Greenstone Belt (see Figure 1). The Fry Lake-Bamaji Lake Deformation Zone passes through the Property representing first and second order crustal-scale structures that cut stratigraphy similar to and contemporaneous with the stratigraphy that hosts the past-producing Golden Patricia Gold Mine, which produced 620,000 ounces of gold at 15 g/t Au between 1988-1997 and lies 30 kilometres (KM) to the northeast.

Several mineralized gold-silver showings have been identified on the Property including the Carpenter, Fly, FTM, J. Loon, L1, L15, Path, Sanderson and Trail Zones. These zones are part of the Slate Falls Deformation Zone and extend for over 10 km in strike and 1.5 km in width within the Property’s boundaries. All these zones host high grade Au-Ag mineralization and correlate with key regional scale structures that extend onto the northern claims added last year. (see Figure 2). These structures are interpreted as folds and fold axes where gold-silver mineralization appears to be concentrated. The model of steeply dipping, fold-related gold mineralization is well documented in other greenstone belts in the area such as the prolific Red Lake Mine.

Drill core was logged and sampled in a secure core logging facility located in Slate Falls, Ontario. Core samples (BTW) from the program were cut in half, using a diamond cutting saw, and were hand-delivered to SGS Canada Inc. in Thunder Bay, Ontario where they were then shipped to their Burnaby, BC facility for analysis. SGS Canada is an accredited mineral analysis laboratory. Primary analytical methods by SGS for Au was GE_FAI313, a 30g Fire Assay with an ICP-OES finish. Over-limits for Au beyond 10,000 ppb where then analyzed using method FAG333, a lead fusion fire assay method with a gravimetric finish. Primary analytical methods for Ag, Cu, Pb and Zn were analyzed utilizing SGS method GE_ICP40B, a 33 element 4 acid digest ICP-OES method. Over-limits on Cu, Pb and Zn were analyzed utilizing GE_ICP41Q, while Ag over-limits were analyzed using FAG333 as described above. Certified reference standards, blanks and field duplicates totaling 11% of all samples analyzed were routinely inserted into the sample stream, as part of GoldON’s quality control/quality assurance program (QAQC).

Mike Kilbourne, P. Geo, an independent qualified person as defined in National Instrument 43-101, was on-site during the drilling campaign and has reviewed and approved the technical contents of this news release on behalf of the Company.

GoldON is an exploration company focused on discovery-stage properties located in the prolific gold mining belts of northwestern Ontario, Canada. Active projects include: the West Madsen property in the Red Lake Gold Camp, an option/JV with Great Bear Resources; the Bruce Lake property that adjoins BTU Metals’ Dixie Halo property and their TNT Target; and our flagship Slate Falls project in the Patricia Mining Division, where 18 Au-Ag mineralized zones have been identified over the 13-km breadth of the property. GoldON has 16,858,432 shares issued and is fully funded for its initial 2020 exploration programs.