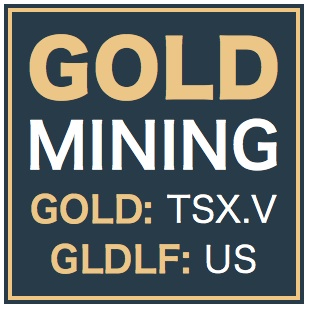 Alastair Still, CEO of GoldMining, commented: “This is an exciting period for GoldMining as we advance several projects, including São Jorge, towards a preliminary economic assessment and as encountered here, the geologic results highlight the unrealized potential in our extensive portfolio of assets within the Americas. The assay results released today on previously unsampled core has identified potential additional mineralized intervals not previously recognized or sampled and helps support the grade and continuity of known mineralization at São Jorge.

Mr. Still continued: “Drill core collected by previous operators at São Jorge had not been continuously sampled, and we identified intervals with weak to moderate hydrothermal alteration in areas of unsampled core from earlier drill programs. Previous sampling programs focused on strongly altered zones based on a visual determination with limited or intermittent sampling in broader zones characterized by varying degrees of alteration and mineralization. These unsampled intervals are the target of our infill sampling program and will help better define limits of mineralization in certain areas of the deposit.”

Results released today include an interval of weak to moderate alteration and mineralization within a previously unsampled interval from 50.0 to 70.0m in hole SJD-094-11 and extensive sections of SJD-058-06 from 140.0 to 259.0m which was drilled as a twinned hole next to SJD-058A-06 with the majority of the hole previously unsampled that contained extensive sections of strongly altered and mineralized materials that may be atypical of the remaining holes to be re-sampled. The costs for sample preparation and assaying for this program of work is being funded using cash on hand. 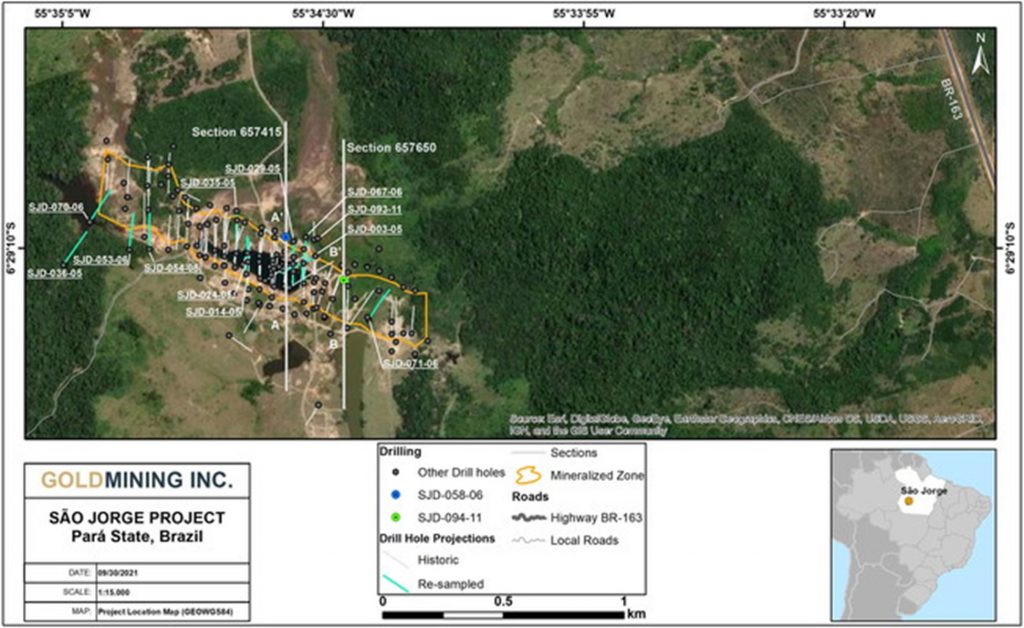 Figure 1 – Property location map showing the São Jorge deposit in Pará Sate. The 14 holes that are part of the infill sampling program are shown with the blue coloured drill traces. The results from the first 2 holes presented in this news release are along the section lines indicated on the image and are presented in detail in Figure 2 and Figure 3. 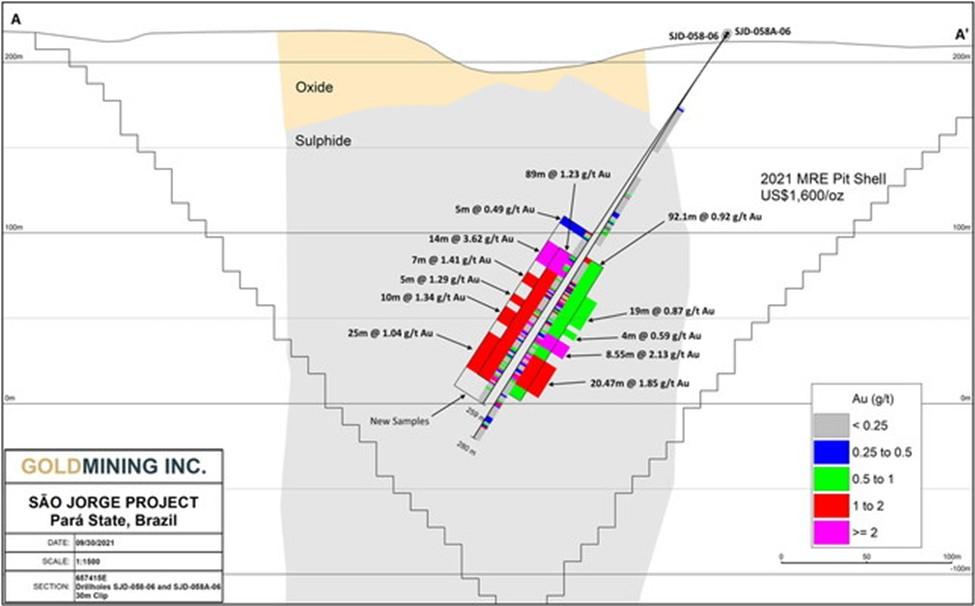 Figure 2 – Section 657415 facing west showing new sampling in Hole SJD-058-06 from interval 140.0-259.0m as well as the original twinned hole SJD-058A-06 with assay results that were already reported and included in the 2021 Mineral Resource estimate and technical report. 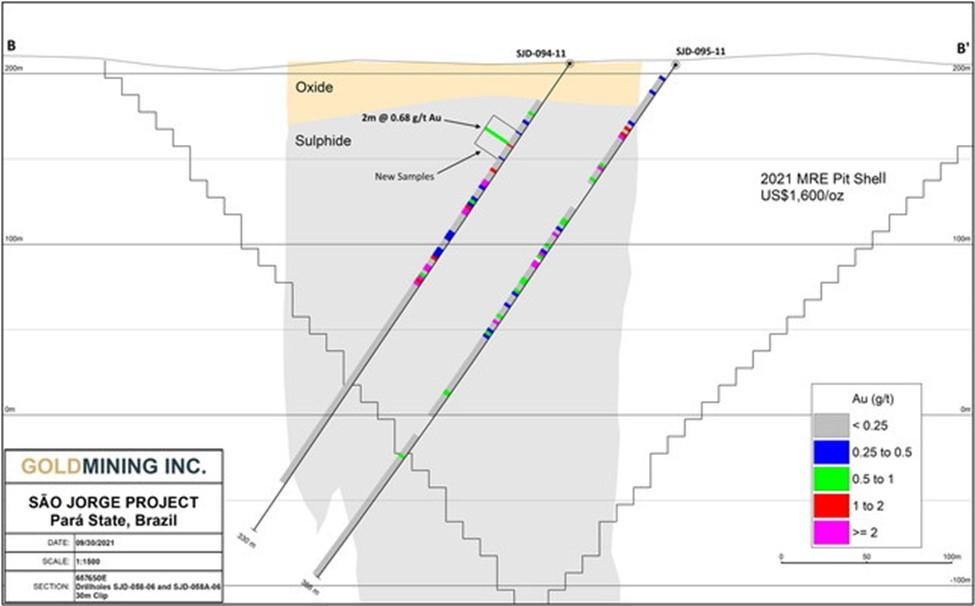 All results are expressed as core length. There is insufficient work to confirm true thickness at this time.

For this program of drill core sampling, samples were taken from the NQ/HQ core by sawing the drill core in half, with one-half sent to SGS GEOSOL Labóratorios Ltda. (“SGS GEOSOL”) and the other half retained for future reference. SGS GEOSOL is a certified commercial laboratory located in Vespasiano, Minas Gerais, Brazil.

GoldMining has implemented a stringent quality assurance and quality-control (QA/QC) program for the sampling and analysis of drill core which includes insertion of duplicates, mineralized standards and blank samples for each batch of 100 samples. The gold analyses were completed by fire-assays with an atomic absorption finish on 50 grams of material. Repeats were carried out by fire-assay.

GoldMining Inc. is a public mineral exploration company focused on the acquisition and development of gold assets in the Americas. Through its disciplined acquisition strategy, GoldMining now controls a diversified portfolio of resource-stage gold and gold-copper projects in Canada, U.S.A., Brazil, Colombia, and Peru.  The Company also owns 20 million shares of Gold Royalty Corp.