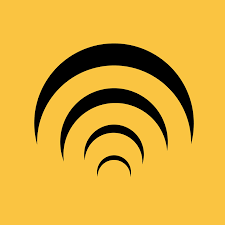 In connection with the Offering, the Company paid additional cash finder’s fees of $13,860.00 and issued an additional 69,300 Finder’s Warrants. The Finder’s Warrants issued have the same terms and conditions as the subscriber warrants issued under the Offering however, they are non-transferable. Aggregate finder’s fees for both tranches total $116,615 cash and 582,575 finder’s warrants.

All securities issued in connection with the Offering have a four-month and one day hold period in Canada, ending on March 5, 2021.

Net proceeds of the Offering will be used to commence an exploration program on its Maricunga Gold Belt projects and general working capital. Management recently completed exploration including surface sampling and has identified “High Priority” drill targets on four of its seven projects in the Maricunga Gold Belt of Northern Chile. Drilling is scheduled to commence during the first quarter of 2021.

None of the foregoing securities have been or will be registered under the United States Securities Act of 1933, as amended (the “1933 Act”) or any applicable state securities laws and may not be offered or sold in the United States or to, or for the account or benefit of, U.S. persons (as defined in Regulation S under the 1933 Act) or persons in the United States absent registration or an applicable exemption from such registration requirements. This press release does not constitute an offer to sell or the solicitation of an offer to buy nor will there be any sale of the foregoing securities in any jurisdiction in which such offer, solicitation or sale would be unlawful.

GoldHaven Resources Corp. is a Canadian junior exploration company active in the Maricunga Gold Belt of northern Chile. The Maricunga measures 150 km north-south and 30 km east-west and is host to discoveries in the last ten years of 100M oz gold; 450M oz silver and 1.3 billion lbs copper. The Company has agreements in place to acquire seven high priority exploration targets as identified by geological studies. GoldHaven has identified four of these seven properties as being “High Priority” targets and, will commence a drilling program beginning during the first quarter of 2021. The four priority targets include Coya, located approximately16 km northeast of the La Coipa mine where Kinross has extracted over 6.2 million oz.; the second is Rio Loa, a project located 25 km south of Gold Field’s Salares Norte deposit (5.2 M oz. AuEq; the third and fourth projects are Alicia and Roma which are approximately 35 km. south of the Salares Norte deposit. These priority targets have been designated as High Priority owing to the extensive pervasive alteration, favourable geology and highly anomalous rock geochemistry results as well as their relative proximity to existing deposits.