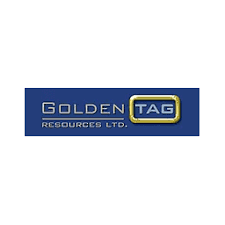 Golden Tag Resources Ltd. (TSX-V: GOG) is pleased to announce that the Company has closed the non-brokered private placement offering  announced on July 28, 2020. The Company issued 25,000,000 Units and the Financing was oversubscribed, for aggregate gross proceeds of $7.0 Million.  Mr. Eric Sprott, through 2176423 Ontario Ltd., a corporation beneficially controlled by him, subscribed for 42.8% or 10,700,550 Units in the Private Placement.

Greg McKenzie, President and CEO commented, “We are pleased with the overwhelming support in this capital raise and are keen to move forward with the advancement of the Company’s 100% owned San Diego Project, as well as other strategic opportunities.  Our strong balance sheet places the Company in a position to evaluate opportunities that can sometimes be unavailable to junior companies.  Also, we would like to welcome Mr. Dwayne Melrose to our board of directors, replacing David Rigg who stepped down at the annual general meeting held on August 4, 2020.  We thank David for his contributions as a valuable board member for many years including being instrumental in the discovery of the Fernadez Zone at San Diego.”

On August 4, 2020, Mr. Dwayne Melrose was elected to the Company’s board of directors, replacing David Rigg.  Mr. Melrose has over 30 years of international experience ranging from senior management, mine finance and permitting, mine development and exploration in Central Asia, China, Africa, and North and South America.  He was former President and CEO of True Gold Mining, where the company progressed from pre-PEA and Bankable Feasibility Study thru to a completely financed and permitted project that went into construction in under 4 years. As former President and CEO of Gold Reach Resources, he took the company through to completion of a positive PEA on the company’s copper project.  He joined Minco Silver as VP of Exploration in China, pre-PEA through Bankable Feasibility Study and was part of the team which was awarded the China Mining Explorer of the Year.  As the Exploration Manager at the Kumtor Gold Mine in Kyrgyzstan, he was instrumental in the discovery of the high grade SB Zone as mine reserves increased by +7 M oz.

Each Unit was priced at $0.28 and consists of one (1) common share in the capital of the Company and one-half of one (0.5) Common Share purchase warrant. Each Warrant shall entitle the holder thereof to acquire one (1) Common Share at a price of C$0.40 for 24 months following the closing of the Private Placement, whereupon the Warrants expire. The Warrants contain an acceleration provision whereby if the closing price of the Common Shares on the TSX Venture Exchange is $0.70 or more for 10 consecutive trading days the Company will have the right to accelerate the expiry date of the Warrants.

In connection with the Private Placement, eligible finders, including Red Cloud Securities Inc., PI Financial Corp., PowerOne Capital Markets Limited, Canaccord Genuity Corp. and Haywood Securities Inc., were paid an aggregate cash commission of C$345,756 and an aggregate of 1,198,130 finder’s warrants. Each Finder’s Warrant shall entitle the holder thereof to acquire one Common Share at a price of C$0.28 for 24 months following the closing of the Private Placement, subject to the Acceleration Provision.

The securities issued and issuable pursuant to the Financing will be subject to a four month and one day hold period. The Company intends to use the net proceeds of the Financing to fund advancement of the Company’s 100% owned San Diego Project, in Durango Mexico, and for working capital and general corporate purposes.

Eric Sprott, through 2176423 Ontario Ltd., a corporation which is beneficially owned by him, acquired 10,700,550 Units pursuant to the Private Placement. After closing of the Private Placement, Mr. Sprott now beneficially owns or controls 29,326,482 Common Shares and 13,628,075 Common Share purchase warrants representing approximately 18.6% on a non-diluted basis and 25.2% on a partially diluted basis assuming exercise of all pre-existing warrants.  Prior to the Offering, Mr. Sprott beneficially owned or controlled 18,625,932 Common Shares and 8,277,800 Common Share purchase warrants.  Mr. Sprott has signed an undertaking not to exercise his warrants until such time as the Company can obtain disinterested shareholder approval of the creation of a new control person, which is required once Mr. Sprott passes the 20% ownership threshold. The Company has agreed to call a shareholders’ special meeting within 6 months of the closing of the Private Placement, at which time such approval will be sought.

Mr. Sprott is an insider of the Company and as such, his participation in connection with the Private Placement is a related-party transaction under the policies of the TSXV and Multilateral Instrument 61-101 — Protection of Minority Security Holders in Special Transactions (“MI 61-101”). The Company is relying on exemptions from the minority shareholder approval and formal valuation requirements applicable to the related-party transactions under sections 5.5(a) and 5.7(1)(a), respectively, of MI 61-101, as neither the fair market value of the shares to be purchased on behalf of Mr. Sprott nor the consideration to be paid by him exceeds 25% of the Company’s market capitalization. The Company did not file a material change report in respect of the related-party transaction at least 21 days prior to the closing of the Private Placement, which the Company deems reasonable in the circumstances so as to be able to avail itself of the proceeds of the Private Placement in an expeditious manner.

Golden Tag Resources Ltd. is a junior exploration company exploring for high-grade silver deposits. The Company holds a 100% interest in the San Diego property in Durango State, Mexico. The San Diego property is located within the Velardeña Mining District, the site of several mines having produced silver, zinc, lead and gold over the past century. Golden Tag has no debt and is well funded with cash balances of approximately $9.0 million.