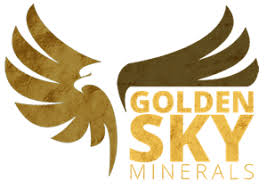 Golden Sky Minerals Corp. (TSX-V:AUEN) is pleased to announce that, through staking and property purchases, the Company has acquired the ~11,000-hectare Rayfield Copper-Gold Property in southern British Columbia, Canada, a Tier 1 mining jurisdiction. With the acquisition of the ~505-hectare Rayfield 001 and ~80-hectare Owen properties, Golden Sky has consolidated its Rayfield Property. Both properties are located within the staked boundary of the Rayfield Property, which will be 100% owned by Golden Sky with no underlying royalties once the purchase agreements are complete (see “Transaction Details”). The Rayfield Project is located in the Quesnel Trough, British Columbia’s primary copper-producing belt, which hosts Teck Resources’ Highland Valley Mine, Imperial Metals’ Mount Polley Mine, Centerra Gold’s Mount Milligan Mine, and Kodiak Copper’s MPD Project (see Figure 1). The Rayfield Copper-Gold Project is located approximately 20 kilometers east of the Town of 70 Mile House, British Columbia, and is accessible year-round by well-maintained service and logging roads extending from BC Highway 97 (see Figure 2).

John Newell, President and CEO of Golden Sky Minerals, states, “The Rayfield Copper Gold Property is a quality project with immediate exploration upside and the potential to delineate a major copper-gold porphyry system. We are truly excited about this copper-gold asset and pleased to have secured it through staking and a property purchase agreement with private individuals. With the price of copper reaching new all-time highs, we are hopeful this copper-gold property will complement and add value to the Company, along with our three other gold projects in the Yukon.”

Golden Sky has entered into a property purchase agreement to acquire a 100% interest in the Rayfield 001 Property, subject to the approval of the TSX-Venture Exchange and other customary conditions. The terms consist of:

Golden Sky has also entered into a property purchase agreement to acquire a 100% interest in the Owen Property subject to any customary conditions. The terms consist of:

“The acquisition of the contiguous Rayfield 001 and Owen claims extends our Rayfield Project area and is an excellent strategic fit for Golden Sky Minerals. The Rayfield 001 property is where most of the historical drilling has taken place in the past and is where the potential for large-scale copper-gold porphyry mineralization was first defined. The historical work conducted on Rayfield 001 will act as a staging point in the property-wide search for the high-grade core areas of the copper-gold porphyry system.

Golden Sky Minerals believes there is considerable exploration upside at depth, and in underexplored areas on the property. We look forward to unlocking this excellent potential, with a view to potentially make an important discovery.”

The unprecedented positive market conditions for copper renders Golden Sky’s 100% control of an easily accessible copper-gold bearing area within the prolific Quesnel Belt as a compelling opportunity for our shareholders. Previous drilling on the property may have missed high-grade core areas of the copper-gold porphyry system which may exist at Rayfield. Golden Sky will now apply modern geophysical and geological exploration techniques to explore the underexplored Rayfield Property.

Golden Sky is in the planning stage to actively explore and drill this property in 2021.

Figure 2 The ~11,000 ha Rayfield Copper-Gold Project was acquired through staking and property purchases (Rayfield 001 and Owen properties). Access and infrastructure are excellent, with proximity to the nearby town of 70 Mile House along Highway 97, and with all-season service road access to the property.

Figure 3 High-potassium anomalies outlined from a radiometric survey conducted by the Geological Survey of Canada (2006). Note the linear potassic high in the centre of the figure, interpreted to correlate to the ~north-south trending Rayfield River.

Figure 4 The outlines of high-potassic anomalies (from Figure 2) overlaying a total magnetic survey conducted by the Geological Survey of Canada (2006). Note the anomalies have only been tested by a single historic drillhole in 1989.

Golden Sky Minerals Corp. is a Canadian exploration company which evaluates, acquires, and develops mineral properties in Canada. The company explores primarily for gold and copper deposits. The company has three main projects in the White Gold District located in the Yukon Territory of Canada: The Hotspot, Bullseye and Lucky Strike properties. All the properties are 100% owned by Golden Sky with no underlying royalties. The company is currently planning for, and undergoing permitting of, drill campaigns for all its properties in the Yukon, and the recently acquired Rayfield Property, scheduled for later in 2021.