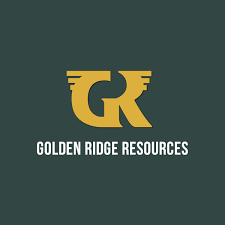 Assay results from HNK-18-010 represent the first of three holes drilled in the Boiling Zone. Assays from the other two BZ holes are pending and will be released immediately following receipt, review and QA/QC checks. The mineralization intersected in the Boiling Zone is unlike other zones on the Property. Gold and silver grades in HNK-18-010 are associated with a quartz-carbonate-pyrite vein stockwork which cuts altered Stuhini volcanic rocks. The Au-Ag grades in hole 10 are not associated with high Pb-Zn values as is typical of the Lower Alteration Zone (LAZ) on the Property. This new mineralization style has not been encountered before on the Hank property and signifies a new high grade gold discovery.

Overlimit (>25 g/t Au) sample results from HNK-18-010 were re-run with a metallic screen analysis which confirmed the presence of coarse free gold in the samples, resulting in an increase to the overall grade.

Due to extended turnaround times at analytical laboratories in Northern BC, assay results are pending for 9 remaining drill holes which have yet to be released. The Company anticipates receipt of the results in the coming weeks and they will be released immediately following review and QA/QC checks by the Company.

Chris Paul, Vice President of Exploration for Golden Ridge, commented: “We are very pleased with the first batch of assay results received from the Boiling Zone. This new style of mineralization and high ratio of precious to base metals indicate a higher temperature zone within the overall epithermal system, which may be vectoring towards the core and potentially higher grades. We are excited at the contemplated step-out drilling program on the Boiling Zone in 2019 and the testing of extensions along strike and at depth.”

Core photos and assay tables from drill holes presented in this release will be available for download on the Company’s website shortly.

Table 2 – Collar Information For Holes Drilled in the BZ, Kaip and LAZ

All drill core was logged, photographed, cut and sampled by Golden Ridge personnel. Prior to shipment to MS Analytical’s sample preparation facility in Terrace, B.C., certified reference material standards, blanks and field duplicates were inserted at a ratio of approximately one in every 20 drill core samples. Samples were prepared in Terrace by crushing the entire sample to 70 per cent passing minus two millimetres, riffle splitting off one kilogram and pulverizing the split to better than 85 per cent passing 75 microns. After preparation in Terrace, the prepared pulps were shipped to MS Analytical’s analytical laboratory in Langley, B.C. The gold assays are determined by FAS-111 fire assay method which reports results in parts per million (equivalent to grams per tonne). Any samples with a fire assay that report gold concentrations equal to or higher than 10.0 g/t Au are analyzed by metallic screen method (Au-SCR24).

Base metal and silver assays are determined by IMS-139 2-acid digestion with ICP-AES/MS finish method, which reports results as parts per million (ppm). All analyses that reach the overlimit of IMS-139 are reanalyzed with an ore-grade method. The analytical results are verified with the application of industry-standard quality control and quality assurance procedures.

Wade Barnes, P.Geo., the Company’s Project Geologist, is the Qualified Person as defined by National Instrument 43-101 who supervised the work program and preparation of the technical data in this news release.

Golden Ridge is a TSX-V listed exploration company engaged in acquiring and advancing mineral properties located in British Columbia.  Golden Ridge currently has an option to acquire a 100% interest in the 1,700-hectare Hank copper-gold-silver-lead-zinc property located in the Golden Triangle district, approximately 140 kilometres north of Stewart, British Columbia. Golden Ridge may earn the 100% interest in the Hank property by performing $1.7M of exploration work by the end of 2018.