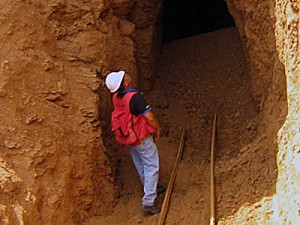 Golden Reign Resources Ltd.(TSX VENTURE:GRR) is pleased to announce that it has received an overwhelming response to the non-brokered private placement unit offering announced yesterday, May 22, 2013. As a result, the private placement has been oversubscribed and the Company is not accepting any further subscriptions. A final tally is being completed and will be announced as soon as possible.

The Company initially proposed the issuance of up to 10,000,000 units at a price of $0.15 per unit via a non-brokered private placement to raise gross proceeds of up to $1,500,000. Each unit will be comprised of one common share and one share purchase warrant. Each share purchase warrant will entitle the holder thereof to purchase an additional common share at a price of $0.25 for a period of two years. Finders’ fees may be paid in connection with this offering. The offering is subject to regulatory approval.

Proceeds of the placement will be applied to costs related to the San Albino-Murra Gold Property in Nicaragua and for general working capital.