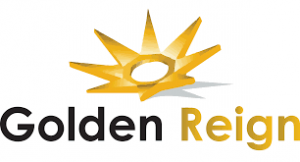 Golden Reign Resources Ltd. (TSX-V: GRR), Marlin Gold Mining Ltd. (TSX-V: MLN) and Sailfish Royalty Corp. (TSX-V: FISH) are pleased to announce that they have entered into a non-binding letter of intent, together with Wexford Capital LP, whereby Golden Reign and Marlin will pursue a business combination of Golden Reign’s wholly-owned San Albino-Murra Property in Nueva Segovia, Nicaragua and Marlin’s La Trinidad Mine in Sinaloa, Mexico. Pursuant to the proposed transaction, Golden Reign plans to acquire all of the issued and outstanding shares of Marlin (following completion of the Marlin Reorganization as defined below) by way of plan of arrangement.  Upon completion of the Proposed Transaction it is expected that the current shareholders and option holders of Marlin will own in aggregate approximately 45% of the shares of Golden Reign (after distributing any Golden Reign shares already owned by Marlin to its shareholders as discussed below) and current non-Marlin Golden Reign shareholders will own approximately 55% of the shares.  It is expected that the name of the parent company will be changed in connection with the completion of the Proposed Transaction from Golden Reign to “Mako Mining Corp.” or such other name as may be mutually determined by Golden Reign and Marlin. In connection with the Proposed Transaction, Sailfish will restructure its existing gold stream on San Albino, as further discussed below.

“This transaction will be beneficial for existing Golden Reign shareholders and stakeholders.  The combined entity creates a focussed precious metals exploration and development company with an unencumbered high margin asset in Nicaragua, immediate production and cash flow from La Trinidad, cash flow growth, no debt, geographic diversification and significant exploration potential”, stated Kevin Bullock, Golden Reign’s Chief Executive Officer and director.  “We are excited to shortly be able to begin construction of a 500tpd mine at San Albino and grow production and cash flow to fund exploration of the highly prospective 138km2 high-grade gold camp in Nicaragua.”

Akiba Leisman, Executive Chairman of Marlin and Chief Executive Officer of Sailfish states that “this transaction is the culmination of over four years of work to provide Marlin shareholders access to one of the most attractive development assets in the Americas.  Additionally, the restructuring of the San Albino stream will provide mutual benefits to Golden Reign and Sailfish, which will now have exposure to a highly prospective gold district in Nicaragua, as well as a more diversified suite of assets.”

Upon Completion of the Business Combination Kevin Bullock is expected to continue as CEO of the company resulting from the business combination of Golden Reign and Marlin. The board of directors of the newly named company is expected to be comprised of seven members, consisting initially of three directors as determined by Golden Reign (which will include Kevin Bullock) and three directors as determined by Marlin which shall include at least one independent director. Golden Reign and Marlin will jointly determine one additional independent board member who will serve as non-executive chairman.

Golden Reign and Marlin have entered into a definitive bridge loan agreement for a bridge loan from Marlin to Golden Reign of C$4,000,000, having a term of one year and bearing interest at 8% per annum (the “Bridge Loan”). Upon completion of the Proposed Transaction, the Bridge Loan will become intercompany debt and terminated. In the event that (a) Golden Reign shareholders vote not to approve the Proposed Transaction, or (b) either the LOI or the Definitive Agreement (as defined below) is terminated in accordance with its terms, then all accrued interest under the Bridge Loan will become immediately due and the maturity date of the Bridge Loan will accelerate to the earlier of the original maturity date or the date that is four months from the negative shareholder vote or termination of the LOI or Definitive Agreement, as applicable.

In connection with the Proposed Transaction, Marlin has engaged Red Cloud Klondike Strike Inc., as financial advisor and to arrange a sale of its Commonwealth silver and gold property in Cochise County, Arizona, which will extinguish certain of Marlin’s debts and liabilities (including all loans from its controlling shareholder, Wexford); in addition, Marlin will distribute any additional proceeds from this sale as well as its current shareholdings in Golden Reign to Marlin’s shareholders (collectively, the “Marlin Reorganization”).  As a result of the Marlin Reorganization, Golden Reign will acquire Marlin on a debt free basis.

The acquisition by Golden Reign of 100% of the issued and outstanding common shares of Marlin (following the Marlin Reorganization) in exchange for the issuance of common shares of Golden Reign would result in Marlin and certain of its subsidiaries, namely Oro Gold de Mexico and Marlin Gold Trading, becoming wholly-owned subsidiaries of Golden Reign. The final share exchange ratio will be determined by Golden Reign and Marlin, together with their respective financial advisers, in connection with entering into definitive documentation.

The principal terms and conditions to the completion of the Proposed Transaction include, among other things, Golden Reign, Marlin and Sailfish entering into a mutually acceptable agreement to restructure the existing gold stream on San Albino and enter into a new agreement (the “Revised Stream Agreement”) on the following basis:

Golden Reign Resources Ltd. is a publicly listed mineral exploration company engaged in exploring the San Albino-Murra Property and the El Jicaro Property, both of which are located in Nueva Segovia, Nicaragua.  The company’s prime objective is to bring its San Albino Gold Deposit into production quickly and efficiently, building cash flow to further advance a number of its other prospective exploration targets.  The Company’s land package comprises 13,771 hectares (138 km2) of prospective ground for gold and silver mineralization. Hundreds of historical mines and workings exist within the Corona de Oro Gold Belt, which is approximately 3 kilometres wide by 20 kilometres long and is spanned by the company’s land package.

Marlin is a growth-oriented gold and silver mining company focused on the Americas. The company owns three properties located in Mexico and the USA and a portfolio of royalties. Marlin’s priority is to profitably operate its La Trinidad Mine, conduct further exploration on its other projects and enhance shareholder value through a strategic relationship with Sailfish Royalty Corp. (TSX-V:FISH). Marlin is backed by a well-funded investor with a successful track record in the resources sector. The La Trinidad Mine in Sinaloa, Mexico declared commercial production on November 1, 2014 and is one of the highest grade open pit heap leach gold mines in Mexico.

Sailfish is a yield-focussed royalty company.  Sailfish owns the TZ Royalty, which is a 3.5% royalty on revenues derived from the sale of gold on Eldorado Gold Corp.’s advanced stage Tocantinzinho gold project, and also holds a gold stream agreement on the San Albino gold project in Northern Nicaragua.