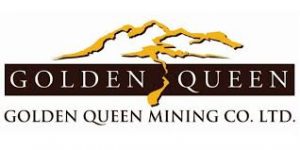 Each hole listed in the table below has intersected strong alteration envelopes and locally significant gold/silver mineralization associated with the Patience, Independence, Karma and Queen Esther zones, and has encountered the deeper Silver Queen target in every hole along with other mineralized zones.

Several key features have been observed in the drill cuttings from this group of seven holes:

In general, the true thickness of the various mineralized zones is estimated at 75-95% of the mineralized interval in the drill hole. The table below highlights the assay results and initial observations to date:

Additional information on the geographic parameters of the drilling program is presented in the table and figure below:

Additional interpretive work must be completed before these initial geologic observations are verified. Additional assays, when received, should assist with testing the grade continuity of all these structures from section to section.

During the fourth quarter of 2017, Golden Queen accelerated the East Pit development to access higher-grade ore tons to compensate for the shortfall in the ore supplied and the lower than expected gold ore grades from the North-West and Main (Phase 1) Pits. Since November 2017 up to the end of March 2018, eight benches have been mined out in the East Pit and the Company is pleased to report the following positive reconciliation between Ore Control (production) and Reserves:

The scientific and technical content of this news release relating to the drill results was reviewed, verified and approved by George F. Klemmick, BSc. Geology and CPG-10937, independent consulting geologist, and a qualified person as defined by National Instrument 43-101.

The scientific and technical content of this news release relating to the operational results was reviewed, verified and approved by Tim Mazanek, SME, a qualified person as defined by National Instrument 43-101.

Golden Queen is an emerging gold and silver producer holding a 50% interest in an open pit, heap leach mining operation on the Soledad Mountain property, located just outside the town of Mojave in Kern County in southern California.