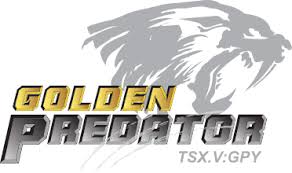 These drill holes were designed to investigate close-space variability in three different areas of the Spades Zone in order to prepare for resource delineation drilling across the Central Core Area later this year.  Results are being used to: (1) validate predicted grade distribution from previous results in these areas; and (2) design future bulk samples of these areas. Bulk sampling is expected to support previously released data indicating that up to 95% of the gold in the central Spades Zone can be recovered using gravity methods only (see December 7, 2017 News Release).

“High-grade gold deposits like 3 Aces require us to exercise great care to establish reliable sampling, assaying and, geological modeling and grade estimation procedures. We are extremely pleased with these drill results, which met and exceeded predicted grades clearly establishing the value of closely spaced drilling. These results will lead to optimized metallurgical processing and determine ideal drill spacing for continuing exploration,” said Janet Lee-Sheriff, Chief Executive Officer. “The Company will continue, as necessary, to grid drill and bulk sample other areas where high grade mineralization has been identified across the project to confirm grade and to better understand each zone’s metallurgical characteristics.”

The close-spaced Grade Control drilling was completed in three areas, all of which are now considered to be part of the larger central Spades Zone. Significant gold mineralization was encountered in 39 of the 43 holes. The three areas (see maps and images link) were drilled on grids with a 5 m spacing to compare results with observed gold grade from previous drilling, and as a more definitive estimate of grade for comparison against future bulk sampling. This process is intended to accurately predict the returns that could be expected from a mining operation.  Programs of close-spaced drilling followed-up by bulk sampling are an integral part of the Company’s commitment to continuously evaluate the quality of drill hole assays, optimal drill spacing for resource delineation and optimal metallurgical recovery. Bulk sampling of the newly drilled areas in Central Spades is expected to commence in the summer of 2018 and will be processed at the Company’s own 40 tpd gravity processing plant.

1Significant intervals are chosen based on continuity of mineralization and gold grade; all drilled samples assaying ≥3.0 g/t gold as well as select lower-grade intervals are included.

The 3 Aces Project is an orogenic gold target consisting of 1,734 claims covering 357 km² (35,700 ha) in southeast Yukon. The Company has focused exploration on the 13.5 km2 Central Core Area, a broad gold-in-soil anomaly, where numerous orogenic gold-bearing quartz veins have been discovered. Exploration over the past 18 months has systematically advanced the project by establishing: (1) high gold grades can be reliably sampled; (2) gold mineralization is in predictable stratigraphic locations; and (3) gold grades have robust continuity within the recognized controlling features. Results have led to a geological model that predicts extensive lateral and vertical continuity of the 3 Aces mineral system.  The Company is now developing strategies to establish continuity between the Central Core Area and other mineralized zones along the 40km strike of the 3 Aces property.

The current exploration concepts on the 3 Aces Property are based on the models developed for orogenic gold deposits. Orogenic gold deposits are among the world’s largest and richest. The primary characteristics of the 3 Aces property that make the orogenic gold model an appropriate one are: (1) mid-to upper-crustal level crack-seal style quartz veins; (2) extreme competency contrasts between lithologies, facilitating permeability for gold deposition; (3) crustal-scale regional faults that provide extended pathways for deeply sourced fluids; and (4) a prolonged polyphase deformation history.

All analyses for the drill samples from the program were performed by ALS with sample preparation in BC, Kamloops, BC and assaying in either Lima, Peru, Vientiane, Laos or North Vancouver, BC. Drill samples were analyzed using a 50 g fire assay with atomic absorption finish (Au-AA26) or gravimetric finish (Au-GRA22) on over limit results. If the procedure returned a value of 2.0 g/t gold or greater it is re-run using a 2kg screen metallic gold method (Au-SCR24). Refer to the Company’s news release dated July 10th, 2017 for a complete discussion of sampling methods, quality control and assurance.

The technical content of this news release has been reviewed and approved by Mark Shutty, CPG, a Qualified Person as defined by National Instrument 43-101 and an employee of the Company.

Golden Predator Mining Corp. is a gold exploration company focused on its district scale, orogenic gold-in-quartz 3 Aces Project in Canada’s Yukon. The Company also holds 100% of the advanced Brewery Creek Project in Yukon, Canada. With proven management and an experienced technical team, the Company is well positioned for growth.