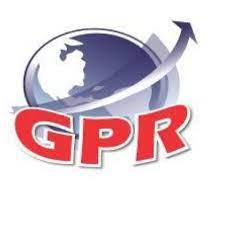 GoldSpot Discoveries Corp. (TSX-V: SPOT) (OTCQX: SPOFF) a leading technology services company leveraging machine learning to transform the mineral discovery process, and Golden Planet Mining Corp. are pleased to announce that Golden Planet has completed a non-brokered private placement for aggregate gross proceeds of $6,597,070 whereby Golden Planet issued an aggregate of 7,330,078 common shares from its treasury at a price of $0.90 per Common Share.

Mr. Eric Sprott and GoldSpot, who previously held 4% and 30% of the outstanding GPM Common Shares, respectively, led the Private Placement. Mr. Sprott, through 2176423 Ontario Ltd., a corporation which is beneficially owned by him, purchased 2,222,222 units of Golden Planet for aggregate consideration of $2,000,000 and GoldSpot Discoveries purchased 1,110,371 units for aggregate consideration of $999,334. As a result of the Private Placement, the Company now owns 28% of Golden Planet with a fair market value increasing to $15,534,000.

Proceeds from the Private Placement will be used to fund a high-resolution district VTEM geophysics survey scheduled at Rider in July, with Olympus exploration to commence including regional till geochemistry, bedrock mapping, prospecting and ground geophysics over known prospects. Reverse circulation drilling and trenching will commence in September at Rider to test bedrock mineralization.

As a result of the Private Placement, Golden Planet has $12 million of working capital with 60,985,078 Common Shares issued and outstanding.